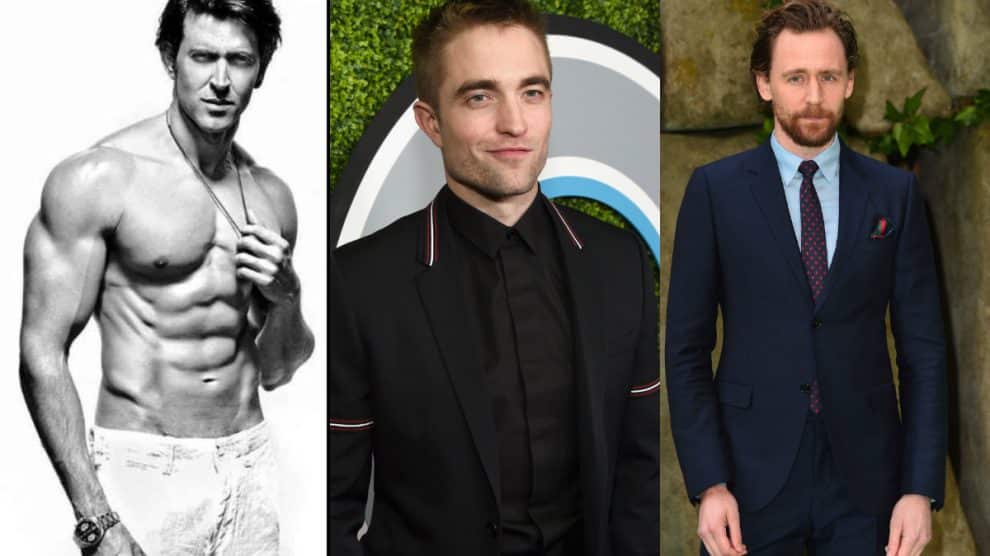 It is natural to talk about women when it refers to being handsome and good-looking. However, one cannot ignore that there are guys who are both pleasant and attractive. Women are frequently enamored by attractive males who exude an alluring charm according to a fascinating truth. We may have heard about many men from all across the world who are stunningly handsome. We’re here to unveil the world’s top 15 sexiest men in 2022.

Who is No 1 sexiest man in the world? Robert Pattison is a famous Hollywood actor catapulted to notoriety in the Twilight movies as Edward Cullen. He is one captivating man on earth, with a 92.15 percent flawless facial structure. His gorgeous eyes and kind demeanor entice the females.

The original Mr. Grey has to be at the top of our list of sexiest men of 2022 who stole our hearts. Jamie Dornan has been capturing hearts since his debut in the Fifty Shades Of Grey trilogy in 2015.

Chris Evans is one American actor best known for his role as Captain America in the Marvel universe. He is among the top 15 sexiest men, thanks to his dazzling blue eyes, deadly grin, and engaging personality.

Hrithik Roshan is a famous Indian artist who people adore for his dance skills. He is now one of India’s most bankable actors and is one of the sexiest male celebrities.

Omar Borkan Al Gala, an Iraqi actor, is a gorgeous Arab. His pale brown hair, attractive brown eyes, and well-chiseled face garnered millions of fans from over the globe, and his fans call him the sexiest man in the world.

David Beckham is widely famous as one of the world’s top football players and among the top 15 sexiest men. His swoon-worthy features are to die for, and he is undoubtedly one of the most attractive guys on the planet.

Antonio Sabato Jr. is an American actor, model, and former dancer. People best know him for his roles in General Hospital and Melrose Place. His dreamy looks show why he is one of the hottest male celebrities.

You may best know Ryan Gosling for his work in Hollywood blockbusters, but he is also quite the heartthrob. His striking features and award-winning acting make him a favorite of ours and among the top 15 sexiest men.

George Clooney is a Hollywood legend and one of the most respected actors in the business. He has a powerful presence on screen, is famous for his excellent acting skills, and is rightfully one of the sexiest men of 2022.

Hugh Jackman is one of the world’s most famous actors and is popular for his roles in The X-Men and The Wolverine. He is also a talented musician and obviously among the sexiest male celebrities.

With his scruffy beard, piercing eyes, and chiseled body, Christian Bale is one of the most in-demand actors on the planet and falls among the top 15 sexiest men. He is also known for his roles in The Machinist, The Dark Knight Rises, and American Hustle.

People know him for his role in “The Hills,” but he is much more than that. He is a talented actor and singer who has starred in films like “The Single Man” and “The Bay.” Owing to his charming looks, you can call him the sexiest man in the world.

The actor is famous for being the lead in Deadpool and Green Lantern, but his off-screen persona is what has people swooning. In addition, he is an avid surfer, and you can see him posting pictures of himself in the water. He is rightfully one of the top 15 sexiest men in the world.

The American actor, producer, and singer is known for his role as Noah Wyle on the television series ER. His excellent acting in the TV series Mad Men has also won him critical acclaim.

Ford is known for his roles in Star Wars, Indiana Jones, and Blade Runner. He is one of the most iconic Hollywood actors and has a fantastic physique to turn heads.

This list of the top 15 sexiest men must indeed have made some girls go wild, and rightfully so. These men are among the most adored and loved on this planet. So ladies, do you agree with this list? Add your comments down below.