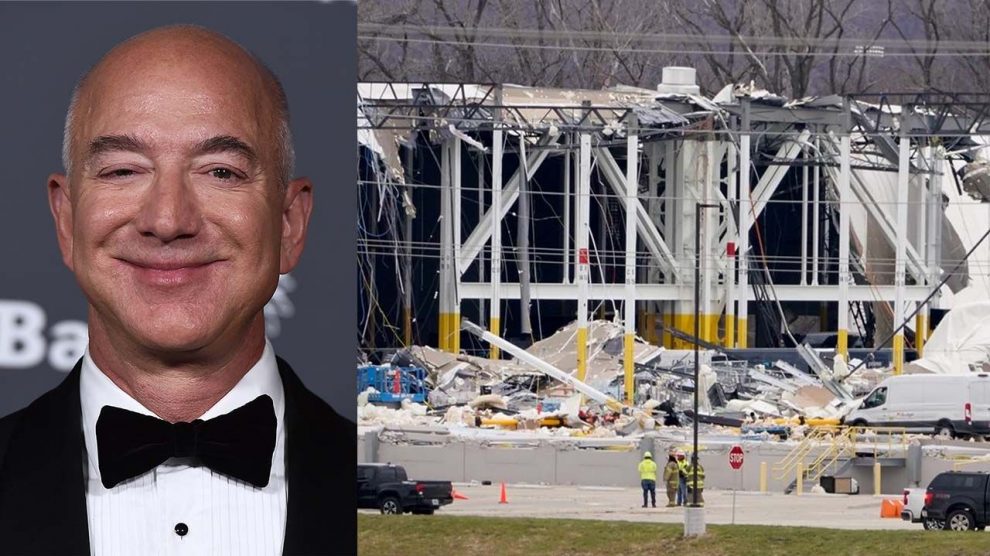 Around 20 senators have been behind the brand to answer everything related to what went wrong in the Amazon Tornado warehouse.

Senators and members from the House of Representatives, including Sen. Elizabeth Warren and Rep. Cori Bush, have written to Amazon. The letter is regarding the company’s rules that contributed to the deaths of six workers in an Illinois warehouse. On December 10th, a catastrophic weather event across the Midwest claimed the lives of at least 58 individuals. The incident resulted in the destruction of the fulfilment center.

Amazon Tornado Is A Devastating Disaster

Democratic legislators argue in the letter that Amazon puts worker safety at risk in both everyday and emergency situations. They also stated that the event fit a wider pattern.

Moreover, The organisation questioned Amazon’s CEO Andy Jassy and executive chairman Jeff Bezos about whether their “policies may have contributed to this catastrophe.

The list of questions and requests also includes requests for information on every on-site death of an Amazon employee in the last ten years. This includes communications from warehouse managers to workers between December 10th and December 12th.  They have also demanded copies of all company emails sent in the course of dealing with this disaster for the same timeframe.

Why Were The Employees Allowed To Carry Their Phones?

Amazon’s rumoured plans to reintroduce a restriction on workers using phones on the warehouse floor has also piqued legislators’ interest. Over the weekend, the corporation announced that staff will be allowed to keep their phones. Workers requested access to their smartphones so that they could get safety alerts and stay in touch in the event of an emergency.

People Have Turned Against The Policies Of The Brand

Amazon’s profits should never come at the expense of our community’s lives, health, and safety. This can’t become the price of doing business in the United States. Bush’s constituents were two of the employees who perished.

We’re analysing the letter and will reply personally, Amazon spokeswoman Kelly Nantel told Engadget. Right now, our focus is on taking care of our workers and partners. We are also concerned for the families of those killed by the Amazon tornado, and the communities touched by this tragedy.

Meta On Phishing Profiles: Strict Action Against Scammers
Is Bunk’d Season 6 All Set For The Release On Netflix?
Comment