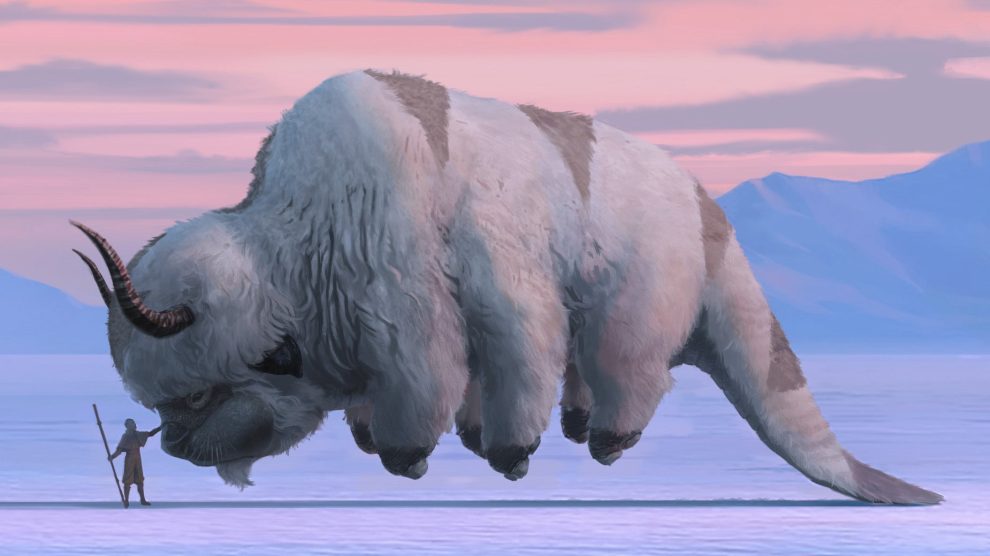 Avatar The Last Airbender new series, a live-action adaptation from Nickelodeon’s animation with the same name is coming to Netflix soon. The fim is under wraps in Vancouver, Canada.

The animation released in 2005 was quite popular and so was its spin-off, ‘The Legend of Korra’ in 2012. One can still watch both of them on Netflix. The creators of the series are Bryan Konietzko and Michael Dante DiMartino. And the head writer was Aaron Ehasz who is popular for writing ‘The Dragon Prince’ as well.

What Is The Expected Plot?

Earlier, both these creators were involved in the making of the live-action series as show-runners and executive producers. But they left it unfortunately in 2020 due to creative conflicts and differences. An announcement came from their side afterward of them working with ‘Avatar Studios’. Jeremy Zuckerman (the original composer) is also not a part of the team.

But the responsibility of executive producer was taken over by Dan Lin and his company- Rideback. It has delivered some major hits including ‘Sherlock Holmes’. And known for his work in ‘Nikita’ and ‘leverage’, Albert Kim is the new show-runner. Michael Goi, whose works include ‘American Horror Story’ and ‘Mary and Megan is Missing’ is believed to have directed the series. Two more directors announced earlier are Jabber Haisani and Roseanne Liang. Also, the concept designer of this series is Jang Chol Lee whose portfolio includes Disney’s ‘Big Hero 6’.

The storyline follows the division of the civilization into four different nations- the Earth Kingdom, Air Nomads, Water Tribe, and the Fire Nation. In each nation, only some people (the “Benders”) can use its elements. Just “Avatar” can use all the available elements.

How Does The Story Progress?

Among the Avatar characters, Aang (male) is the Air Nomads’ newest Avatar who must harmonize all the nations. Of all the Avatar states, the Aang Avatar state is the most powerful because of his skills. His first main friends are the twins- Sokka avatar (male) and Katara avatar (female) of the Water Tribe. Avatar the last air bender Katara is the main love interest of Aang. Aang and Katara get married later after falling in love.

The Zuko Avatar (male) who later becomes the Fire Lord Zuko is the son of Fire Lord Ozai. He is the type of anti-hero. Although Zuko and Katara do seem like opposites, their friendship grows closer as the series advances. And Aang accepts Avatar the last Airbender Zuko as his teacher also but only later in the series. The Zuko x Sokka relationship proves that they are real soul mates. Later Zuko The Legend of Korra abdicates the throne in his daughter Izumi’s favor and travels the world as a peace ambassador.

Moreover, Azula Avatar (female) is a sadistic and mentally unstable character and is the younger sister of Zuko Avatar. She strikes Aang with a bolt of lightning. As a result, he goes into a coma for a long time and he looks different after waking as Aang with hair.

The Appa Avatar is a combination of a manatee and flying bison who guides the protagonist, Aang as well. Kyoshi Avatar (female) was born on the Earth Kingdom and was the most decisive of all the avatars. She ruled the Northern Water Tribe and was followed by the shadow of Kyoshi. In fact, a novel has also been made on the rise of Kyoshi. The Toph avatar (female) is one of the strongest benders. And avatar the last air bender Toph invented the metal bending as well. Jet avatar (male) is a teenage leader of a band of rebels who is very charismatic.

White lotus is an ancient society by which the four nations can be transcended. It is meant to share ancient knowledge across boundaries. There were several white lotus avatars and the leader was Iroh (Zuko’s uncle).

More About The Series

Episode 15 of season 2, Tales of Ba Sing Se is considered the best episode in the series by many. And 11th episode- The Great Divide avatar with a giant canyon was a filler episode delivering the message of leaving the past behind.

Korra was the immediate reincarnation of Aang. And the avatar after Korra was Jimu having an extreme rebellious attitude and he died eventually.

Till now, 13 members of the cast of The Last Airbender Netflix (live-action version) have been confirmed. And the main characters will be played by the following-

Efforts were made earlier to cast the Avatar voice actors of the animated series in this live-action series. But they were mostly unmet.

The live-action had to face several hindrances on the way including the pandemic and leaving of the creators. Still, it managed to wrap up the production process on 17th June 2022 reportedly. And the next day, a party was also held to celebrate the completion. But because the main part, the post-production, is pending, the audience will have to wait at least till 2023.

For those who want to dive deep into the Avatar world, there is a lot of stuff available. Avatar The Last Airbender comics continue the animated series officially and are available on platforms like Amazon Kindle. Avatar The Promise (comic trilogy) follows the last season of Avatar the Last Airbender. And Avatar the Last AirBender the Promise is set 1 year after the finale. Then the sequel- ‘The Legend of Korra’ comes which is set seventy years after the finale.

The animation series was a legend in itself. And now the live-action on Netflix is going to take the level of Avatars to a whole new level. There is just one more year left now in watching our avatars in human form.

Forbes’ 2022 World’s Billionaires List Revealed! These Are The Youngest Billionaires On The List
‘The Black Phone’ Review: Ethan Hawke Plays The Role Of A Serial Killer
Comment