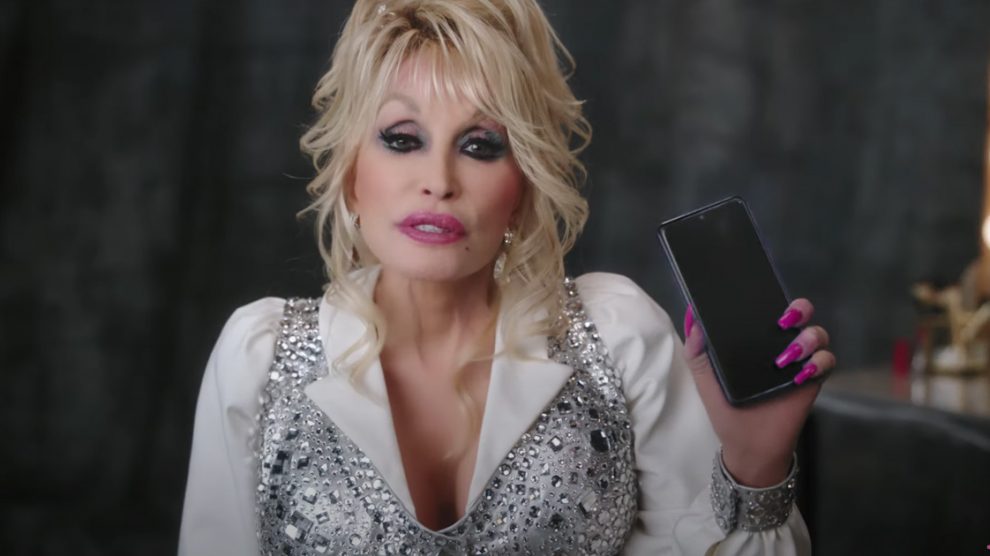 Dolly Parton provided a tune to a Super Bowl commercial last year. She elevates her game this year by appearing in two advertisements. The legendary singer-songwriter planned to watch Super Bowl LVI on NBC from his house on Sunday night.

She apparently got to watch her performance in two T-Mobile Big Game commercials. During a phone interview earlier this week, Parton joked, “I have to watch it this year because I’m in it.”

Parton makes her T-mobile commercial debut alongside Miley Cyrus, in a rare combined appearance with the singer. Cyrus also happens to be the goddaughter of Parton.

In a Friday press statement, T-Mobile CEO Mike Sievert remarked, “I can’t think of a better duo to help us spread awareness of this pressing issue than godmother-goddaughter icons Dolly Parton and Miley Cyrus.” “Not only are they incredibly gifted, but they also tell it like it is.”

T-Mobile is providing $250,000 to Cyrus’ Happy Hippie Foundation as a thank you for their efforts. The charity supports homeless youth, LGBTQ youth, and other vulnerable populations by funding initiatives.

“When I notice a problem, I’m going to fix it,” Parton says in the first commercial.

“America has a big problem,” she continues, “so I’m going to get it off my chest.” She then slips into her breast and pulls out a phone, exclaiming, “5G phones!”

“How can I help these phones?” Cyrus asks her godmother later in the video. “You’ve got a voice, utilise it!” Parton says.

The second commercial starts with Parton telling Cyrus to “do it for the phones.” As she is seensits at a grand piano and on a couch.

After that, Cyrus and Parton sing a song about how cellphones “do so much for you.”

They go on to say that owners of Verizon and AT&T phones “need your help.”

Parton stated in the news release that she is “grateful to assist T-Mobile in raising awareness.”

The awareness is about the “contemporary misfortune” of restricted 5G connectivity.

Cyrus also stated in the press release, “I was pleased to use my voice to boost this message.” T-Mobile was then thanked for its support of her foundation.