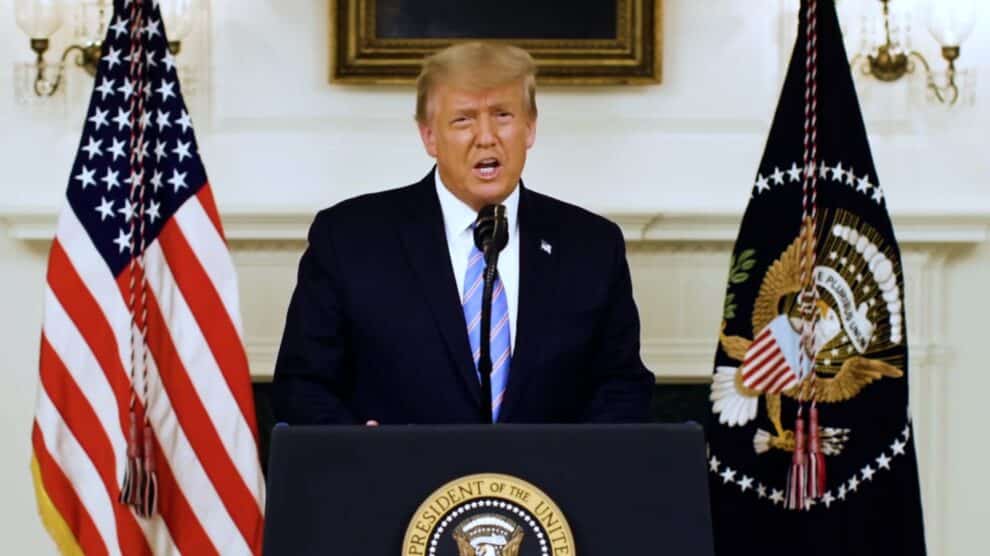 On Thursday, President Donald Trump posted a video on Twitter emphasizing that he is going to ensure a smooth transition of power to incoming President elect-Joe Biden. The video message of Trump began from, I would like to address the heinous attack on the United States Capitol. Like all the Americans, I am also outraged by the violence, lawlessness, and mayhem that took place. Further, he says that I was the one who immediately deployed National Guard and Federal law enforcement for securing the building and expelling the intruders. America is important and is going to be nation of law and order always.

Trump’s message further follows that riots that took place on Wednesday in U.S. Capitol Hill, where a large group of Trump supporters smashed down windows and broke into offices just for the sake to thwart a peaceful transition of power to the Democratic administration. Twitter in action, frozen the account of Trump for hours after his supports stormed the Capitol building. But after around 12 hours the account is going to be re-activated.

Trump continues his speech by saying that we have gone through an intense election and this is the reason why emotions are high. But now the tempers must be cool and calm. We must bump into business of America as my campaign is to pursue every legal avenue to contest the election results. He says that my just goal is to ensure the integrity of the vote and so doing nothing I was just fighting for American democracy.

Probing further, Trump says that I strongly believe that we should reform our laws of the election just to verify the identity and eligibility of all voters for ensuring faith and confidence in upcoming future elections. After all this, he acknowledges the administration of Joe Biden. Trump ends his speech that the US is the honor of my lifetime. However, I know my wonderful supporters are disappointed but everything happens for a reason. Thank you, God bless all and God bless America as well.