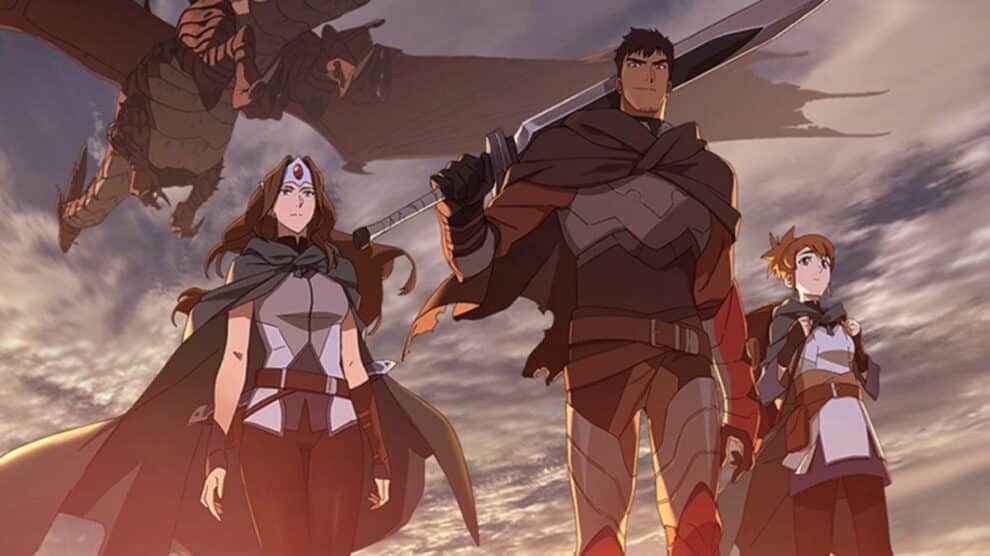 Netflix is prepping to introduce a new anime worldwide based on the multiplayer online combat simulator game Dota 2 from Valve. The eight-episode series is called Dota: Dragon’s Blood and is set to be released on March 25 globally for streaming. It will tell the tale of a Dragon Knight, a long-lasting fighting combat hero armed with swords and shields in a game called Davion, dedicated to eliminating the menace from the earth’s surface. Davion meets up in his journeys with an ancient eldwurm (a race of dragons) and the noble princess Mirana. Davion becomes embroiled in events much more significant than he anticipated, as with epic tales like this.

Under the guidance of show creator Ashley Edward Miller, a scriptwriter and producer who worked extensively on X-Men: First Class, Thor, and Terminator: The Sarah Connor Chronicles, Dragon’s Blood was developed. Studio MIR, recognized for The Legend of Korra and Netflix’s Voltron: Legendary Defender, which features retro-style illustrations identical to the original Voltron, was drawn and animated series.

Miller said in a statement:

“Fans will appreciate how we envisioned the DOTA 2 multiverse and combined some of their favorite characters into an incredible, sentimental, and adult-oriented narrative. The cinematic animation, acting and music, all of them are incredible and super-interesting and I am grateful to Valve for supporting our creative ambitions.”

As a sequel to Defense of the Ancients, a MOBA mod for Blizzard’s Warcraft III: Reign of Chaos, Valve released Dota 2 in 2013. It hasn’t been as widely known as it used to be in recent times, but instead of combining them all in one massive release, Valve hopes to keep fans interested and dedicated by rolling out hero updates across the year.

You can watch Dragon’s Blood’s trailer below:

The Superhero Movie – Justice League Snyder Cut Trailer Out!! Will it be a hit?
Amazon’s ‘New World’ MMO Is Delayed And Will Be Rolled Out On August 31
Comment