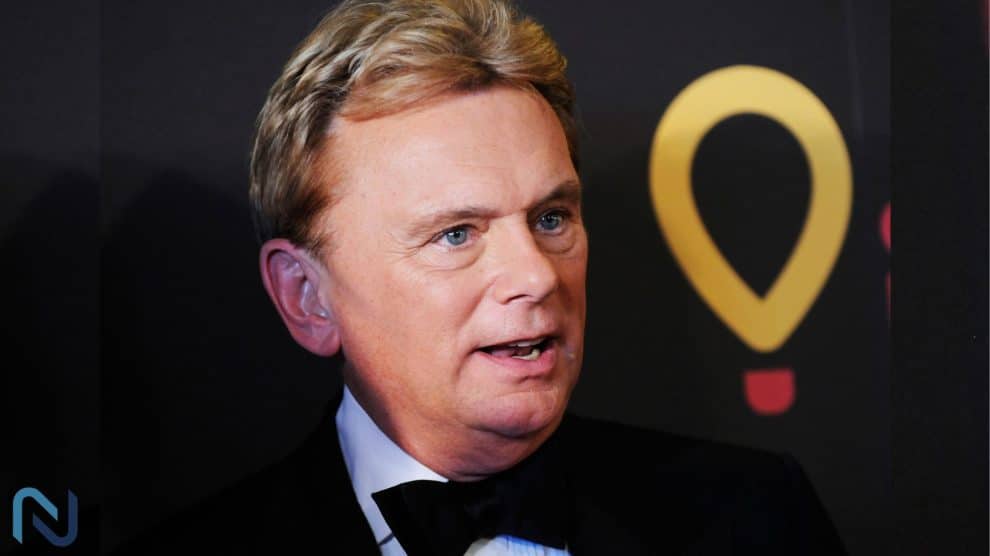 Renowned American host, Pat Sajak makes millions of money with his skills. If you also wonder, How much is Pat Sajak net worth? Then keep reading the article further.

Patrick Leonard Sajdak, most popularly known as Pat Sajik was born on 26th October 1946 in Chicago, Illinois. Leonard Anthony Sajdak and Joyce Helen are his parents. Pat completed his graduation from the Farragut High School in 1964 and after that went to Columbia College Chicago. He even worked at the Palmer House hotel as the clerk at the front desk.

When Sajak was in his college, taking the advice of his broadcasting instructor, he joined the WEDC as a news anchor. When the Vietnam war was going on, in 1968 he even joined the U.S army as a disk jockey for the American Force.

After all this, in 1970, Pat moved to LA to find some work for himself in the huge entertainment industry. After struggling for a few years, in 1977, he got the position of a full-time weatherman at KNBC-TV.

Then his fortune started taking a turn in 1981 when he was approached by the Wheel of Fortune show impresario, the one and only Merv Griffin. Merv wanted Pat to host his game show very badly. This can be figured out by the fact that he even shut down the entire show when the President of NBC refused to hire Pat.

In 2018, Pat Sajak became the longest-running host of any game show after hosting the Wheel of Fortunes for more than 2 decades. He even got the Guinness World Book of Records for this on 22nd March 2019 and has also won 3 Emmys.

Other than being a brilliant host, he also got featured in some movies, and talk shows. He appeared in the comedy film,  Airplane II: The Sequel. Sajak was also a part of the Sports current, which is known as Super Password. He also gave his appearance in Password Plus, before becoming the host on the Wheel of Fortune.

He is also the author of many puzzle games such as ‘Lucky Letters’ and is even an investor in the Golden Baseball League. Sajak is also a member of the trustees and is the vice-chairman at Hillsdale College. He is also the External Director of a conservative house of publishing, Eagle Publishing.

After knowing all this, You are eager to know what Pat Sajak’s net worth is? So, let’s discuss that.

Pat Sajak net worth in 2022 is estimated to be nearly 70 million dollars. He is well known for being the most long-term host of the sports show, ‘ Wheel of Fortune. Also, for your clarification, Pat Sajak’s salary is 14 million dollars per year. Pat earns 312,500 dollars every work day, which is 52,083 dollars for each show. Pat and Vanna White host the show, Wheel of Fortune together and have to tape only 4 days a month. This means that they work only 48 days a year. Vienna’s salary is 10 million dollars per year.

So, you can now figure out how much he earns in exchange for the licensing of his pictures and fan-following for the slot machines. Pat and White, earn nearly 15 million dollars a year in licensing fees, royalties, and payments.

Pat Sajak’s assets include various luxurious goods and properties. He is, after all, one of the richest hosts of all time. The renowned TV host owns many expensive properties, cars, and other items. But, the press does not know much about his properties or his cars.

He was married to a mystery woman (for the press) from 1979 to 1986. Then, In the year 1989, Pat Sajak got married to Lesly Brown Sajak, a photographer in Maryland. The beautiful couple has 2 children, Patrick Michael James Sajak, their son, and Maggie Marie Sajak, their daughter. The family has a house in Los Angeles and they live in Severna Park, in Maryland. Their daughter, Maggie is also a singer and has released 3 singles now.

The entire family is members of the Christ Church and Sajak even financially supports the Young America Foundation. Young America’s Foundations sponsors the conservative speakers on the campuses of many colleges all across the country.

What do you think of this brilliant host, Pat Sajak? Do let us know in the comments if you have any more interesting facts about him.