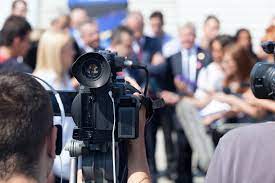 Companies of all sizes face constant threats as far as the potential for a PR crisis to arise. Social media is a large part of this.

For example, things happening on social media occur at a lightning-fast pace. This can be a good thing in some cases if you have content, for instance, that goes viral. However, just as quickly a PR crisis can arise.

The risk of a social media-generated PR crisis is something that you should be planning for in your business, in addition to having a strategy for how you’ll deal with more traditional examples of a public relations nightmare.

First, before you do anything, you need to assess whether or not the crisis could create a security risk for your executives or employees. If so, that can require that you use corporate security services, at least for the short term. Keeping your employees safe has to be your number one priority in these situations, particularly if the crisis leads to protests outside of your locations or even at the homes of your key executives.

If you aren’t facing a current situation and you still have the time to be proactive, we should point out that having a social media policy that’s strictly enforced is one of the best ways to mitigate a potential crisis.

Beyond that immediate need for security, the following are some other tips to deal with a PR crisis if it arises.

How Do You Know It’s a Crisis?

You may be dealing with the fallout of a social media situation that’s less than optimal and wondering if it constitutes a crisis. The answer is that if you think it’s a crisis, it probably is, at least as far as social media is concerned.

A crisis isn’t just a customer complaint or a negative comment, however. Those are something you have to come to expect in business and the corporate world. Rather a crisis in the true sense will affect your brand reputation and potentially impact your ability to do business.

Even when you’re incredibly careful with branding or messaging, there can be things that lead to a crisis out of your control.

If you’ve decided whatever the situation is rises to the label of a crisis, you should react quickly. You need to aim to have a response time of no more than 12 hours in a social media-driven situation. The sooner you can start to react, the better. The longer you wait, perhaps in hopes of just riding it out, the more the controversy has a chance to spiral out of control.

When you’re proactive, you can also try to break the chain of a negative feedback loop by watching mentions and notifications carefully.

There are social media engagement tools that become helpful in these situations because they’ll let you know about spikes in engagement so that you can see a crisis before it has a chance to become more prominent.

Put the Brakes on Anything Automated

You may have automated replies or schedule posts in the lineup for release. That’s common for businesses and corporations. If there’s a scandal or crisis, put a halt to all of those. If you’re letting content go out that’s not in line with the situation at hand, there’s a genuine risk you’re going to appear tone-deaf and make the situation even worse.

Pause any social media content until you have a cohesive strategy in place to deal with a crisis.

Once you’ve recognized a situation before you’ve released any kind of response, you need to put a team in place that will be the group that deals with the problem. You should ideally have a response team in place before the crisis, but if not, work to assemble one quickly.

You want your organization to be able to respond with agility and speak with a single voice. Typically an ideal response team is going to have in-house team members and external experts.

From there, the response team can begin to work on creating a particular strategy and crafting a unified message.

When you’re dealing with a crisis, the goal of any of your communication should be honesty and transparency.

The sooner you can issue an apology and admit the mistake, the sooner you’ll be able to move forward.

Also, as we’ve briefly touched on, the faster you deal with the problem, the quicker you’ll be able to cut down on the number of people attacking your brand on social media.

Once you take responsibility and assure your audience it won’t happen again, people tend to lose interest.

At the same time, you have to be careful because there are situations where saying anything can be worse. For example, if there’s a legal situation your company could face, an apology can be seen as an admission of guilt. If you draft a press release, you also have to consider the fact that it’s what’s going to show up in an online search for your brand for a period of time.

These are factors where having an outside expert on your team is beneficial. They’re going to be able to help you discern whether it’s better to be proactive in your acknowledgment and recognition of the situation or if it’s a scenario where saying nothing is more prudent.

What Not To Do

Many times, the things you don’t do in a crisis are just as important as what you do.

First, never lash out. While you respond quickly, don’t respond so fast that temper or heated emotions take over.

Don’t respond too slowly, as was touched on, but also avoid reacting too quickly. When dealing with a public relations crisis, timing is critical. You don’t want to give any response again when emotions are too high or when you don’t have a grasp of all the facts. You don’t want to have to backtrack on anything. Finally, don’t dwell. If you expect others to move forward, you have to do the same. Don’t let a PR crisis become a distraction to the overall operations of the business.

How Can Reading Improve Your Focus And Memory

How Many Times A Week Should You Train The Olympic Lifts?

Interior Design Colours to Embrace in 2022