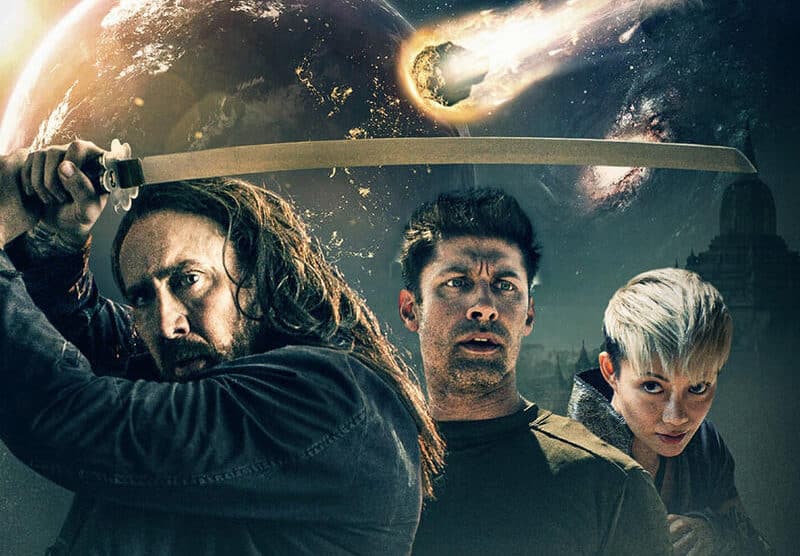 Nicholas Cage’s long-awaited movie “Jiu-Jitsu” released in 2020 is scheduled to pave its way into Netflix on March 20th, 2021 as an SVoD premiere.

Based on 2017 comic written with the same name, the sci-fi martial arts movie sets the internet on fire. Produced by the director renowned to create fighting movies, Dimitri Logothetis releases Jiu Jitsu. The movie briefly focuses on how a group of martial artists fulfills their destiny of saving humanity from an alien invasion.

Although Jiu-Jitsu did make quite an impression after its release on limited platforms last year, the movie is set to hit its mark on SVoD debut after the release on Netflix. The original budget laid out for the movie was over USD 25 million, as proclaimed by Avenue Entertainment.

Sadly, the movie failed to make it big in the market with a rating of 2.9/10 in 2020. This could be probably because the movie was referred to as a movie that had weird action sequences more like it was a game-play action movie. The critics didn’t give a good review of the movie.

While the Polygon review said, it was maybe the kindest review to say the action screened was “exciting.” However, according to WSJ’s, John Anderson, he said Jiu-Jitsu might prick martial arts and samurai fans.

At the moment, the movie positions itself at 27 on the Metacritic status.

While Jiu-Jitsu is said to be released on Netflix in March 2021, perhaps it may be the time to hear more of your comments about the movie.

Marvel Studio Launches Behind-The-Scenes Documentary On ‘Wanda Vision’ Only On Disney Plus
Download Freedom APK No Root On Android – One Stop Solution to Premium Purchases!
Comment