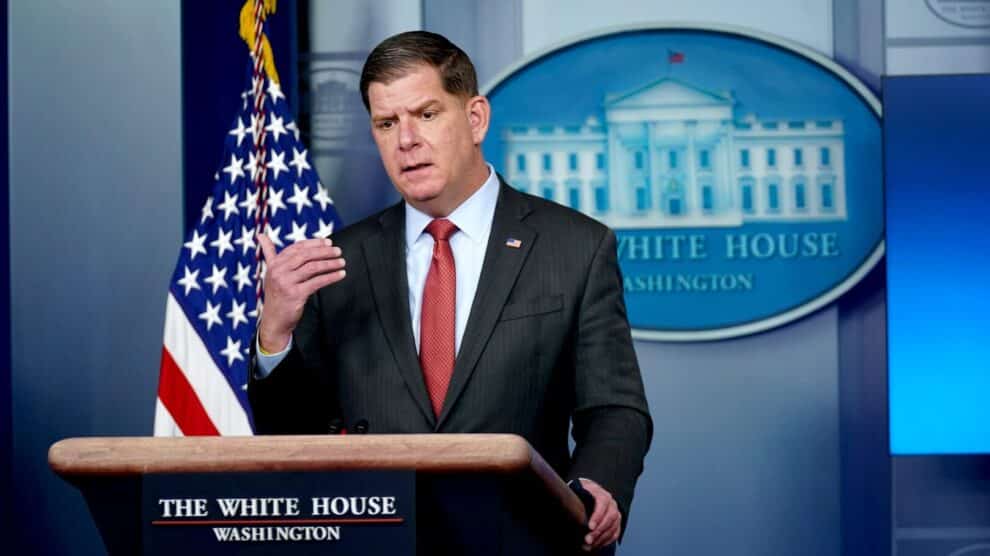 On Thursday, in a Reuters interview, Labor Secretary Marty Walsh states that there are millions of gig-workers across the country and Marty Walsh wants them to be reclassified as employees rather than independent contractors.

When Reuters noted their own coverage, they shared tanked to varying degrees for four companies that are Uber, Lyft, Doordash, and Grubhub. Each of the companies mentioned is very much notorious for screwing over workers on their platform and each of the companies is well supported by California’s Prop 22. California’s Prop 22 is a measure that does not allow the rideshare companies and delivery applications to classify their contractors as employees. The ballot measure was ended up passing the past November, a move that was not chalked up just because of the strength of the ballot itself.

From this interview, people have got some hopes that it will change but no one knows what happens and what not. Marty Walsh says that these are the companies that are making profits and revenues. In addition, he says that I’m not going to begrudge anyone for this because this is all for what we are in America. He also says that we need to ensure that the success trickles down to the workers and they get reclassified as employees.

During the pandemic of COVID, everyone has seen workers contractors struggling for work just to pay their bills. Just because they are contractors companies were not at all interested in providing them certain perks like unemployment insurances and many more. But the government was there to put provisions for self-employed workers by the end of March 2020. Ergo, this is something that kept the workers afloat, temporarily but this did a lot of help to others getting into poverty.