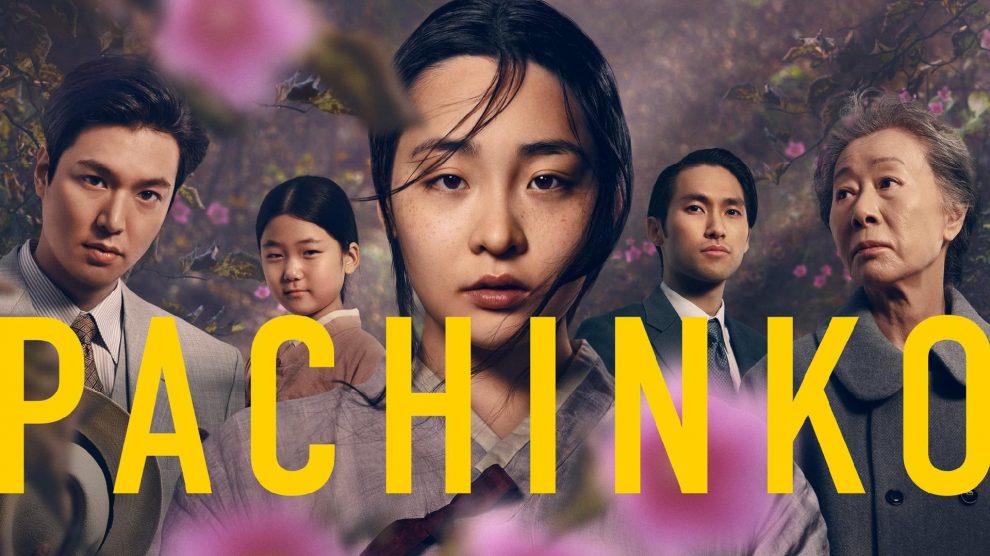 Pachinko Review: Adaptations of novels for television frequently play out as fixed objects. A built-in structure for an episodic trip satisfies what’s on the page as a transposing activity. Aside from the emotional depth of the new Apple TV+ series “Pachinko;” it’s clear early on that the eight-episode season stands out because it’s more like a communal memory than recorded history. “Pachinko;” based on Min Jin Lee’s enormous blockbuster novel; recounts the destiny of a Korean family through various nations and generations. It is a stunning drama structured around viewing both the sharp and the fuzzy simultaneously. It’s a century-spanning story that uses the messy nature of reminiscing the past to create a unique experience.

Despite its winding journey, “Pachinko” is identifiable in the key characters along the way. Solomon Baek (Jin Ha) is a young upstart employee at a major international corporation, enlisted to assist with a profitable land deal. After studying in America, he reunites with his dad Mozasu (Soji Arai) and grandma Sunja (Youn Yuh Jung). Sunja, as seen in the 1980s, is the primary focus of the series’ other essential half; first as a bit of kid in Busan and later as a young lady whose life circumstances lead her well beyond the confines of her family home. This three-pronged look at Sunja’s existence becomes a lens for not just one family’s journey but an entire age within the area. When combined with these two other stretches — thanks to gripping appearances from both Yu-na Jeon and Minha Kim, respectively.

Pachinko Review: How Does It Fair?

“Pachinko” never feels overly thick for a family history novel of such scope. Instead of keeping to a set of story point markers, this version focuses on tracking the reverberations over generations. Lee’s book takes a more chronological approach, but Soo Hugh follows the youthful Sunja and Solomon on parallel tracks. Series directors Kogonada and Justin Chon; who both bring their rhythms and fascinations to the many chapters of Sunja’s lifetime arc are appropriate visual guardians of those thematic similarities. They all find strategies to avoid the season’s time-separated halves becoming flattened complements.

We may say in this Pachinko Review that it manages to have it both ways when it comes to creating a spectacle that collapses in on itself by design. It is undeniable that the force of witnessing a concept or an item fade away year after year as parents give way to the life they planned to leave for their children. “Pachinko,” on the other hand, is purposefully enigmatic. In Solomon’s situation, he and his loved ones appear to be governed by underlying decisions that remain a mystery. The concept of having a clear view of certain aspects of the past while only understanding others appear to be central to the concept of common family history. It turns “Pachinko” into a carefully designed conundrum worth delving into.