VPNs (Virtual Private Networks) and proxy servers are two technologies that help users preserve their anonymity when online. Because they serve the same purpose, many people use the two terms interchangeably. However, there are some fundamental differences that are important to know before you make the decision to go with a proxy server vs VPN for your personal or business needs. Here we’ll underscore these differences by providing high-level descriptions of how both technologies work as well as go into why and when you might select one over the other.

What is a proxy?

A proxy is a specialized server that acts as a middleman for all communications between your computer and the website you’re accessing. Normally, when you want to access certain information from a site, your computer initiates a direct connection to the site’s server through which any requests and data are transmitted. When you connect through a proxy server, your traffic is sent to a remote machine – the proxy server. The machine is the one that sends requests and receives the data from the site. Because the site only communicates with the proxy server, it has no way of identifying the person behind the requests (you).

Proxies are generally used to get around web restrictions, but they can also be used to enforce web browsing rules and monitor traffic. This is a common use case in businesses that want stricter control and tighter security over their employees’ web traffic. An IT administrator might set up a local proxy server for the company network that acts as a gateway for all incoming and outgoing traffic. They can then monitor all the traffic and block certain websites from their network.

One key thing to note about proxies: they don’t redirect all of your web traffic. They only work to reroute traffic to and from a single application, usually your browser. Any background services or secondary applications that use the internet will still establish direct connections to the servers they’re communicating with.

What is a Virtual Private Network (VPN)?

Just like proxies, Virtual Private Networks also hide your address behind a remote machine. But unlike proxies, VPNs are deployed at the operating system level. This means they redirect the traffic of all the applications on your computer, not just your browser. This makes them popular among users that need a solution that covers activities outside of the browser, such as online gaming.

VPNs use a technique known as tunneling to circumvent firewalls, protect your data, and get around geo-restrictions. Tunneling is a networking technique that allows the repackaging of data encoded in one protocol into another protocol. This means the raw data being transmitted can be transformed, hidden, and encrypted. Third parties hoping to steal your packets will find it next to impossible to get to the contents within.

Choosing the Right Solution for You

Proxy servers and VPNs both help hide your identity when online, but how do you know which one you should choose? In most cases, you’ll choose a VPN service over a proxy service. If you’re looking for a complete solution that covers all of your internet traffic – including your online activities outside of the browser – then the answer is simple: VPNs. Even if you’re just looking for something to keep you safe when browsing online, the added encryption layer offered by VPNs makes them much more secure than regular proxies.

There are two major drawbacks to VPNs that you may want to consider: encryption speed and service costs.

The tunneling process that is a feature of most VPNs also introduces some encryption time overhead to the technology. Proxies only deal in the redirecting of raw traffic data. There is no repackaging, encoding, or decoding involved in the process. In contrast, VPNs must take your traffic data, repackage it into a different format, then encrypt the data before sending it along to the VPN to be decrypted, reformatted to its original package, and relayed to the web server.

The extra steps involved in encryption are also much more computationally expensive than the straightforward re-routing method of proxies. This means VPN services are generally more expensive than proxy services.

It should be noted that the encryption method involved in VPN tunneling isn’t a waterproof security method. The tunneling process happens on the connection between the user and the VPN, but does not affect the connection between the VPN and the web server. If you’re accessing a website that is not HTTPS certified, your data is still at risk of being stolen on its way to the website’s servers. Whether you use a proxy or a VPN, always be sure the websites you are visiting are secure and HTTPS-certified by a trustworthy certification authority.

We’ve learned how both proxy servers and virtual private networks work. Proxies and VPNs both hide your IP address and make it appear as if you’re connecting from another machine. However, proxies are applied at the application level, meaning you must configure the connection settings of each application that you want to secure, whereas VPNs are applied at the operating system level, meaning once activated they instantly affect all of your applications at once. The other key difference is that VPNs allow for a layer of encryption between you and the VPN, repackaging and encrypting your traffic so third parties can’t read it. 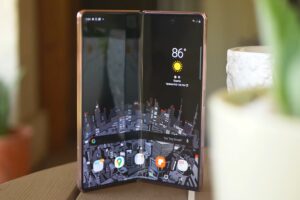 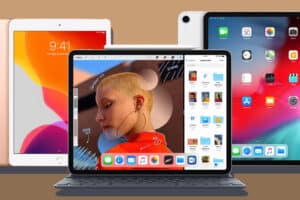 What Features to Check When Buying a High-End Tablet

What is a Managed Service Provider and How Can They Help Your Business Grow?
How To Choose The Best Internet Provider In My Area?
Comment