As rapid technological advancements are shaping the world, every aspect of our lives is experiencing a change. Television, one of the primary sources of entertainment, is adapting to fall in line with the new consumer demands.

The DTH services have dominated the Indian television industry for quite some time now. However, OTT’s entry into the mainstream entertainment business has changed the rules of the game. Indian consumers cannot stop binge-ing the OTT content while also getting hooked to their favourite TV shows. On a similar note, Tata Sky announced its rebranding to Tata Play. The company includes all entertainment aspects under one roof.

Let’s understand what Tata Play’s rebranding is all about.

Tata Play launched its DTH services 15 years ago in 2006. The company gradually grew to be one of the largest DTH service providers in India, taking the television viewing experience to a whole new level.

The brand was the first in India to introduce HD set-top boxes to its users. And with features such as Pause, Record, Rewind and Forward on live TV, it became the trendsetter in the DTH industry.

The idea behind the rebranding of Tata Play is to create a unified entertainment platform for its consumers. The inclusive platform focuses on making the OTT services that it had launched two years back a significant part of its brand identity. You can call it a coincidence that Netflix simultaneously became part of Tata Play Family with the rebranding. But it happened for a great reason.

MD & CEO of Tata Play, Harit Nagpal, commenting on the new brand identity, said that Tata Play aims to make content more easily discoverable for people. At present, content is all over the internet, but as everything is scattered, it does not make for a smooth and hassle-free consumer experience. The rebranding strikes at the core of this issue by amalgamating a total of 13 OTT applications on its platform.

Netflix services will be available through Tata Play Netflix Combo packs, letting users choose from Basic, Standard and Premium plans of Netflix. Netflix hosts a vast pool of content such as films, series, documentaries and much more, which can broaden your overall entertainment experience.

Tata Play also focuses on bettering its customer services by introducing two key changes in customer support – zero-fee service visits for all consumers and no reconnection charges for de-active DTH users. These changes in services have been made to further highlight Tata Play’s identity as a consumer-friendly brand.

Tata Play has successfully served its role as the best DTH service provider and has accumulated whopping 23 million DTH users across India. So, Tata Play, with its new range of services, will surely live up to and go beyond. 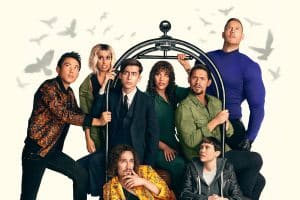 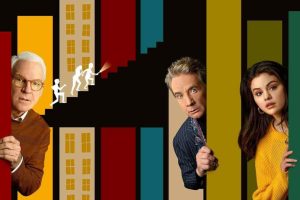