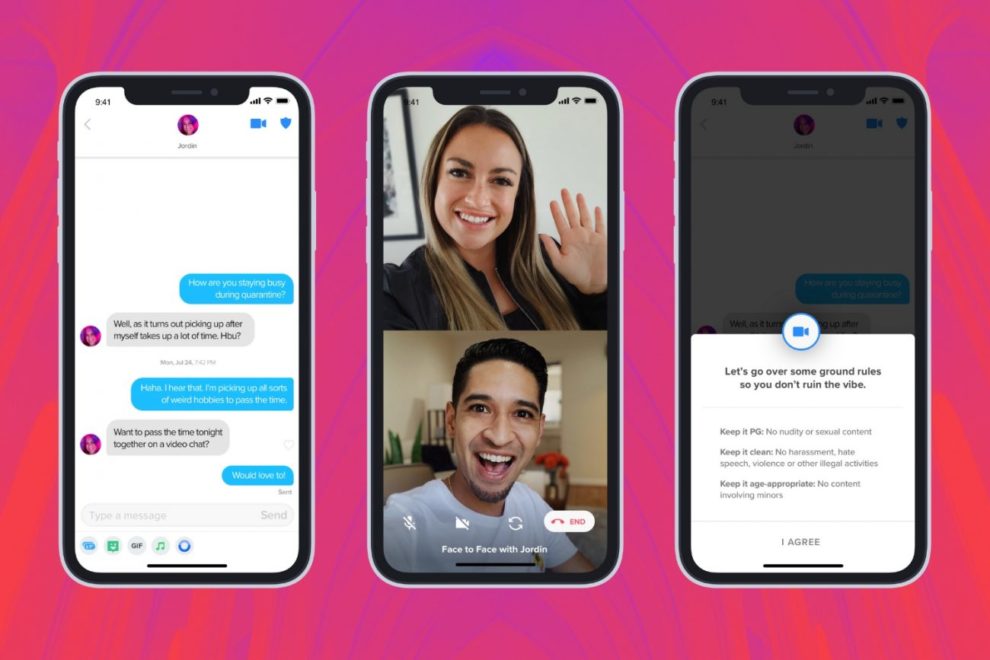 The dating application Tinder is recently looking forward to launching a new feature of in-app video calling in some selective regions. Tinder has already begun the testing for this feature after frequent requests from the audience to have face to face video chatting option.

In the month of May, the Match Group publically announced that soon they are going to launch an integrated video chat option on Tinder the dating application because this is one of the most successful and popular dating platforms usually targeting the university-aged community. Yesterday, Tinder also confirmed this news and informed the audience that we have already launched the test version of tools in some selective regions of the world.

According to the company, face to face video calling is built with the company’s trust and safety team just to ensure full safety and security. Therefore, this feature is going to pleasure so many people as millions of people are there around the world subscribed to this app. The tool is very much secured by a series of control features as this can be used to further protect themselves. Video conferencing between the two people will only start after both the people have liked each other or have established a match. Moreover, this feature is not going to be there until and unless all the parties have opted in and it doesn’t tell your match when you toggle it on.

Probing further, before making calls everyone needs to know about the Tinder rules. When the cameras open up, the screen will split half and half for both the participants. So, just wait for this feature to launch over for all the people as the test of this app has already rolled out in the US, Brazil, Chile, Vietnam, Indonesia, Korea, Taiwan, Thailand, Peru, Australia, Spain, Italy, and France as well.