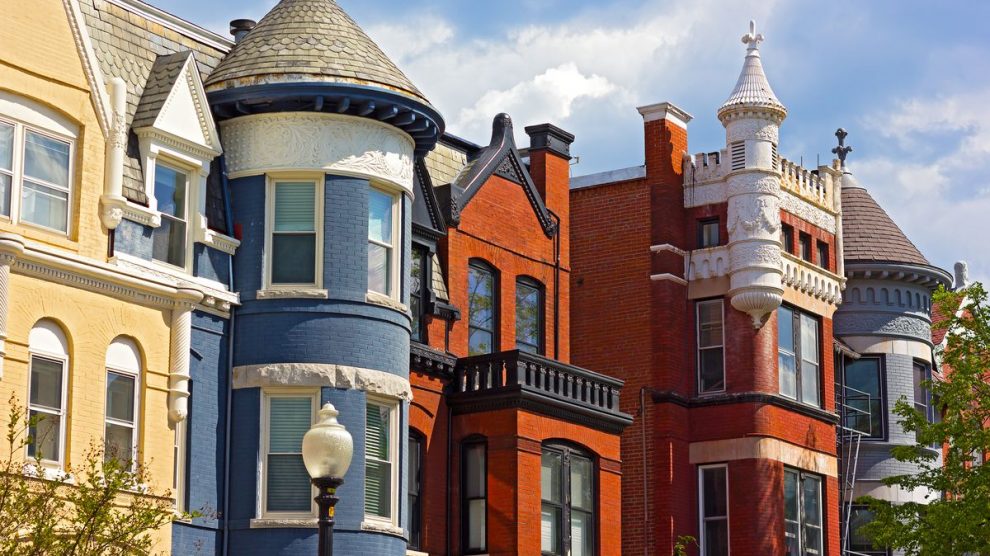 Washington DC is a bustling city and home to the nation’s capital. With so much going on it can be hard to focus on an area to live. If you are thinking of relocating to Washington DC, there are many neighborhoods to consider, and you are in a unique position, as the capital city is so close to its neighboring states.

With its proximity to Maryland and Virginia, in addition to the many diverse and vibrant neighborhoods that make up the District itself, you have many options when it comes to finding a place to settle down in DC. Consider the following neighborhoods as you plan your move to Washington DC:

Logan Circle is located right in the District of Columbia. If you are looking for the hustle and bustle of city life and are hoping to stay right in the District, consider Logan Circle. It is a vibrant and diverse neighborhood, and is relatively close to downtown and the National Mall. In fact, you can walk downtown or take a five minute bus ride.

Logan Circle is made up of two historical districts, and the population is growing. The outstanding safety rating and exceptional public schools draw in both young professionals and families, and there are numerous restaurants, shops, and performance venues to enjoy. If you are looking for a trendy yet safe neighborhood right in the District, Logan Circle is for you.

Washington DC’s close proximity to surrounding states make nearby neighborhoods in Maryland, such as Bethesda, prime options for anyone looking to move to the DC area. Getting into the District from Bethesda is no problem, given the metro station right in downtown Bethesda, so a commute from this suburb would be convenient.

Bethesda does offer the restaurants and shops that some district neighborhoods also do, but the perk of it being a little further out is the increase in nature and green space. Bethesda is home to the Congressional Country Club if you are an avid golfer.

Bethesda is also the center of medicine and healthcare for the District, and some would even say the country. It houses the National Institutes of Health, the National Library of Medicine, Walter Reed National Military Medical Center, and many more leading healthcare facilities. If you are looking for a suburb of DC, Bethesda is a top contender.

Arlington is another suburb of DC that is conveniently located. This city was actually once considered part of the District itself, so the commute is reasonable. The Pentagon and Reagan National Airport are located in Arlington. There are several downtown areas throughout Arlington with fun things to do as well as countless parks and community centers.

Arlington is made up of dozens of neighborhoods, all with their own vibes. There are also many different types of housing available, such as condos, town homes, apartments, and single-family homes. With all of these options, Arlington real estate offers a housing option for everyone.

The Washington DC area is made up of many diverse suburbs and neighborhoods. Based on your preferences, there is certainly a neighborhood that is perfect for you. Whether right in the District or in a suburb and a townhome or an apartment, you will be able to find something in Washington DC.