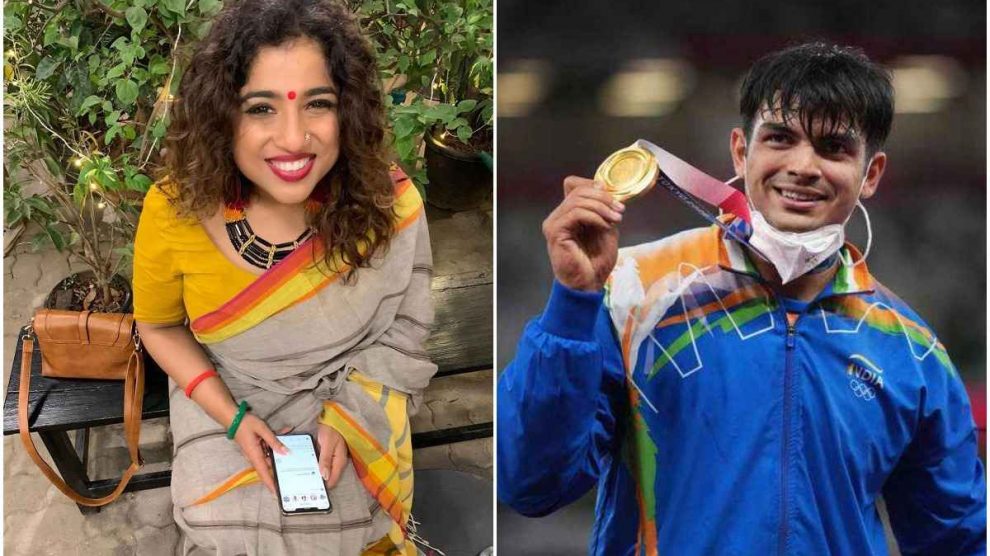 The most popular Mumbai radio jockey Malishka Mendonsa also known as RJ Malishka was recently trolled for the interview of Neeraj Chopra. To know the full news related to this, read here.

As per the information, she shared the interview on Twitter from her studio. She is seen grooving to a Bollywood classic while she was interacting with the athlete of India who is 23 years old, Neeraj Chopra as he watches online. In the video, shared by the RJ it was written that Ladies.. tell me I did it all for us.

Probing further, Chopra, who has amassed a wide fan following post his Tokyo victory and has been receiving the end of similar lines for interviewing since he has returned. Recently, Navika Kumar too drew flak by probing Chopra repetitively about his relationship status with her channel. But claiming his singlehood was a big revelation for all the girls out there.

In another clip of the interview, Malishka is heard asking Chopra about a Jadoo ki Jappi through the screen to which he says a namaste from afar is enough.

Moving ahead, all the people calling the interview of Malishka interview are largely accused of unprofessionalism. Several are pointing to the kind of consequences that the male media personality would have faced for similar actions if the gender roles were reversed. Such Objectification of a young athlete was unbecoming and this was not expected to form the radio women, Twitter said.

Therefore, cringe was one of the most common expressions that people have used to describe this interview. She is still in talks and people are trolling her a lot on social media. However, there is no word from Malishka yet regarding this controversy.

Season 2 of Modern Love to have a flavor of Game of Thrones
Kangana Ranaut: All Set To Start Her New Mission With The Film Tejas
Comment