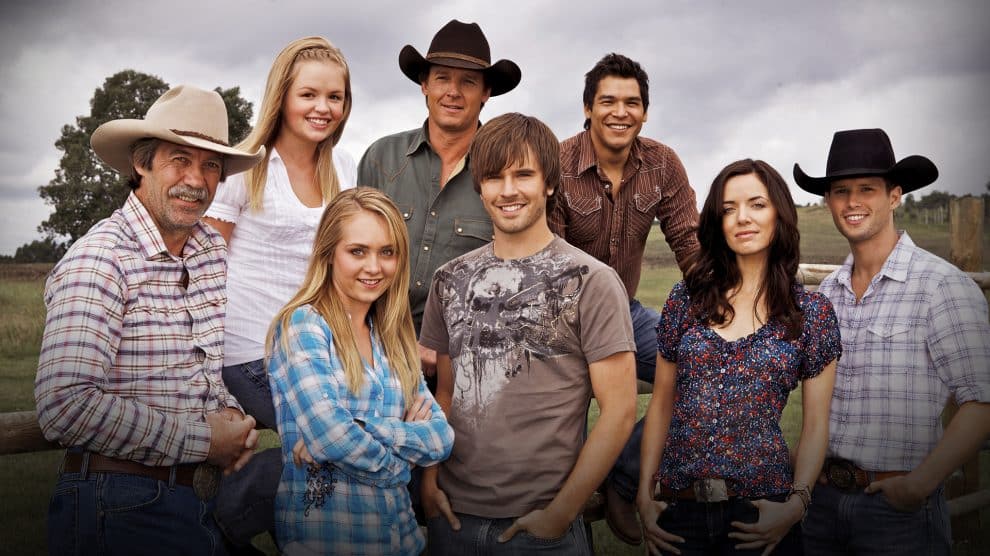 Fans are eagerly waiting for season 16 of Heartland, which was recently announced by the production house. Heartland is the favourite fan show on Netflix, but unfortunately, the platform won’t get its new season as quickly as people want. Season 15 of Heartland is still to stream on Netflix in the United States and other regions. Yes! That’s true.

Here you will get the complete schedule of heartland season 15 release date on Netflix and of Heartland season 16 as well. Read on the full blog to cover the recent updates of the show.

If you are looking for a television show on the platform with several episodes, then nothing can beat the option Heartland Netflix. The exciting family drama has over 200 episodes in its store. Guess that’s enough for the audience to enjoy their spare time. But if you are unfamiliar with the show, here is what you can expect from Heartland.

Most of Netflix’s regions stream the show for the audience. However, not every region has complete access to the family drama show. Here is what you can learn about the access and streaming of its seasons.

When will season 15 of Heartland be on Netflix in the United States?

On the one hand, Netflix United States is waiting to air its 15th season on the service; on the other side, most international regions are now cascading all ten episodes of the family drama.

#Heartland Season 15 is premiering on March 17th exclusively on UP Faith & Family! Here's a glimpse at what's in store in the new season. pic.twitter.com/niHJtKTByy

When will season 15 of Heartland be on Netflix in other regions?

Season 14 of the fan favourite family drama, i.e., Heartland, concluded its streaming on CBC in March 2021. After that, in June 2021, it was added to the Netflix library in countries like Australia and United Kingdom.

Season 15 of Heartland concluded its streaming on Canadian Broadcasting Corporation on 19th December 2021. The complete season was included in the Netflix library on 19th March 2022. All regions have the new Heartland season except for France, the United States, and Canada.

Also Read – When Is Outer Banks Season 3 Coming Out

How Can You Watch ‘Heartland’ Season 15 in the United States?

Watching the latest episodes of the family drama week to week is a big deal for fans living in the United States. Many audiences are waiting for the new season to air on Netflix. Season 14 of Heartland was received on 1st April 2022 by Netflix US. However, the 15th season won’t be available to the service before October 2022. As of today, the best option to watch season 15 of Heartland in the US is getting it through the streaming service of UPTV i.e., Up Faith & Family.

When will season 16 of Heartland be on Netflix in other regions?

There is good news for Heartland fans! The show is coming back with its 16th season. Announced in June 2022, the season will begin streaming in Canada on CBC’s platform and on CBC Gem beginning in September 2022.

Internationally, the family drama has had a bit of shakeup over the last year with those of earlier seasons added. However, that should not affect the 16th season to air on Netflix. Once the show concludes its streaming in Canada, it will then air on Netflix internationally.

Most regions have the 15th season after four months of its finale date. Now we are expecting the same thing for the 16th season as well. As Netflix Canada has season 15, six months after its finale, we can expect the heartland season 16 release date on Netflix for summer on the same schedule. Chances are higher that you will see Heartland season 16 on Netflix in Spring 2023.

However, it’s too early for Netflix US to stream season 16. But if we assume the show will air on UP Faith & Family again, we may not see it until Spring 2024.

How Many Episodes Will be in Heartland Season 16?

Unlike the past three seasons, the 16th season of Heartland will have 15 episodes. This is an increase from the ten episodes of 13-15 seasons.

Fans have crossed their fingers over the new season to have plenty of episodes for their entertainment. It feels like CBC has paid attention to the request of fans asking for more episodes. Indeed, it is very promising for the show’s future that Heartland’s popularity hasn’t been lost yet.

Just like the previous seasons, you can expect the core cast to come back in the 16th season of Heartland. The show will feature Amber Marshall, Michelle Morgan, Shaun Johnston, Alisha Newton, Gabriel Hogan, Kerry James, Chris Potter, and Jessica Steen. The other regular members of the show may also return for the new season to keep you entertained.

Hence, this is all we know about Heartland season 16 at present. Stay tuned to know new updates on the show.

The Releasing Date Of Cobra Kai Season 5 Is Here
What is Julia Haart’s Net Worth 2022?
Comment