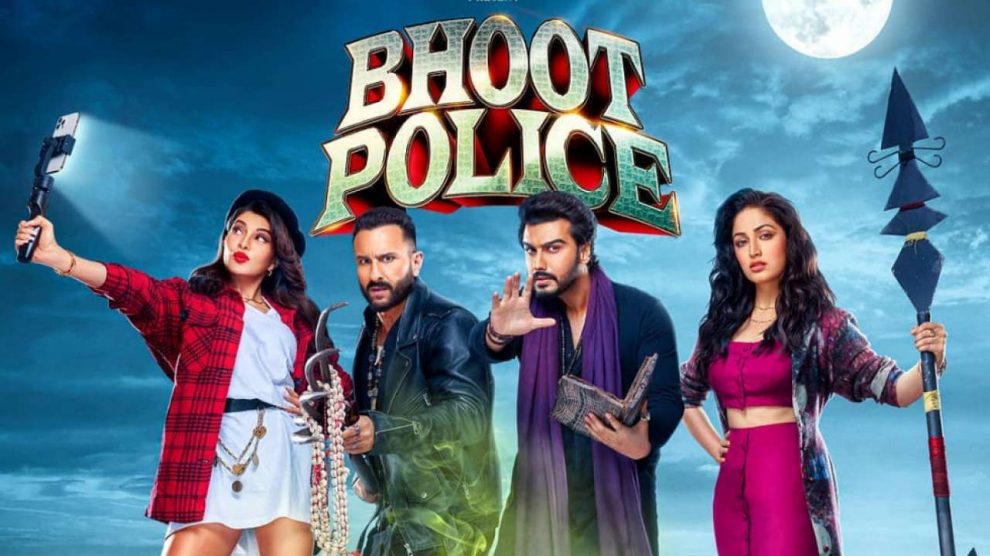 Bhoot Police is a movie starring Saif Ali Khan, Arjun Kapoor, Yami Gautam, Jacqueline Fernandez, and Jaaved Jaaferi. The trailer of this movie is all set to premiere on September 17th, 2021.

As per the updates, the makers have unveiled the teaser of the upcoming horror comedy. Yami Gautam- Newlywed actor, took to Instagram and shared a video of her. In the video, she shared the first glimpse of the film Bhoot Police. In this movie, Gautam will be seen playing the role of Maya and she has written that ‘Bhajega Bhooto ka Band jab anyone Vibhooti and Chiraunji in their van’.

Gautam Dhar has also told the fans that the trailer of this movie is going to be released soon. The official date for the trailer release is fixed for August 18th, 2021. This means that there are a couple of days left for the trailer to be out. The movie Bhoot Police has Pavan Kirpalani and produced by Akshai Puri and Ramesh Taurani. The teaser of the Bhoot Police is showing Saif Ali Khan’s 51st birthday today (August 16). Meanwhile, we would love to share that Khan is currently jetting off to the Maldives with his wife Kareena Kapoor Khan and sons Jehangir and Taimur Ali Khan.

Probing further, Bhoot Police is the movie follows the story of the ghost-hunting brothers Vibhooti (Saif Ali Khan) and Chiraunji (Arjun Kapoor). Earlier the first looks of both the character Gautam and Fernandaz were also shared online. Fernandez is playing a Kanika in the film and Kirpalani has said that it was very much fun to work with Khan and Kapoor in such an entertaining way and feature.

So, if you are excited to watch the trailer of Bhoot Police, get ready as it is going to be out after 2 days.