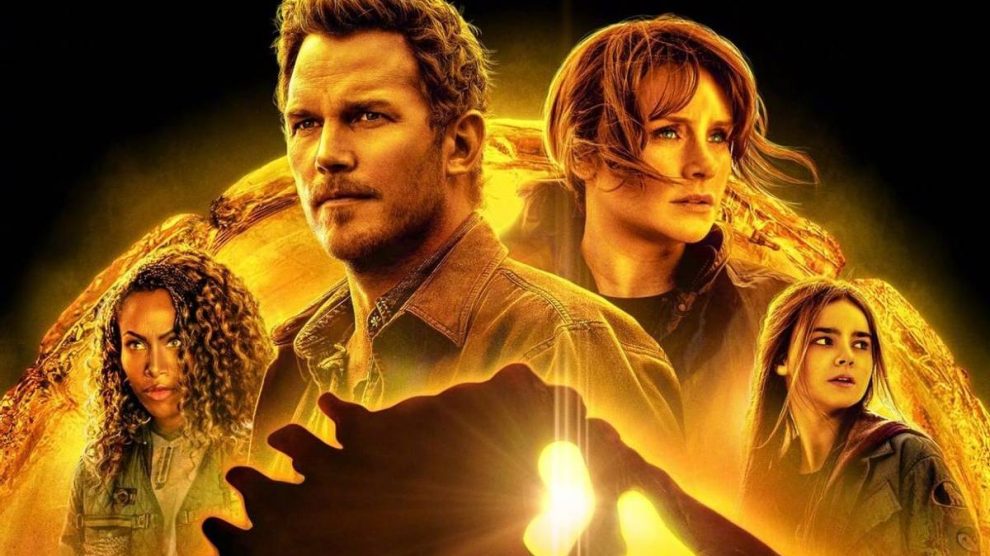 Apart from the big three reuniting to save the world from a disaster, a parallel with Chris Pratt and Claire are looking for a teen girl with a dicey past. This track hooks and engages the audience. Let us look at the caste in detail.

Steven Spielberg has already set the bar high with his first Jurassic World Dominion release in 1993. Right from there it became a vibe among the audience. The film is all set to gawk and terrorise the audience with their computer-generated extinct species- the dinosaurs on 9th of June, Thursday.

The plot is well knit and the effort to match up to the previous sequel is quite evident. The finale of course is nail-biting action and full of all kinds of emotions. However, according to many people, the build-up is over the top and meandering. The tale of survival in Jurassic World engrosses the audience only in the second half. And the ending is a mere clone of the original part.

However, we cannot disregard a few jaw dropping scenes because of the excellent graphic animation. This wasn’t the case in the 93 classics. While the beauty of originality and rawness in the performance is intact in it. The beauty of the new is its technical amazement and wonder. That is what makes it the most worthwhile. Jeff Goldblum’s trademark wisecracks make us forget the predictability of the film. The heroes of the world’s favorite franchise series are the dinosaurs undoubtedly.

Review Of The Trailer

If we talk about the notion created in the Jurassic World Dominion trailer and the film in entirety, there are quite a few points of comparison. It is similar to the previous parts. The beautiful icy to sunny landscapes, eye-catching beauty of the drone shots, the familiarity and shocking reactions from the dinosaurs, gripping twists and turns and so much more. The film is successful on its own even if there are some lows in the plot. Critics also say that if we eliminate computer-generated animation, there won’t be anything to look forward to.

A kind of warning that like all other contemporary blockbusters, Jurassic World Dominion is a longer film. It would have been great if the duration was shorter with fewer incidents. Trevorrow is desperate and ambitious to achieve so much in the movie. There is a lot happening at the same time. The movie is filled with silliness, fear, surprise, romance, empathy, kindness, evil and every other possible emotion. Jurassic World Dominion is a perfect popcorn-spilling experience. The action is expertly choreographed and makes the film score some extra points.

Jurassic World: Dominion has its moments. We always have the option of revisiting the first film instead but the audience still gives in the excitement and what not to expect. You can enjoy it yourself with full focus on what the film is trying to give you. Or you can go with your friends and family and enjoy doubly by seeing their reactions! It is one of the most amazing dinosaur movies ever made! Also, it is worth watching this movie in theaters on 3D screens.

Parents Should Be Aware Of These Things

This is the third and final film in the Jurassic Park series, according to a few sources. There will be a reunion between Owen (Chris Pratt) and Claire (Bryce Dallas Howard), the main characters from Jurassic World: Fallen Kingdom, and the older movies’ scientists Dr. Sattler , Dr. Grant and Dr. Malcolm. Scott, CEO of a multinational genetics and agribusiness corporation, is deceiving investors and shareholders by misrepresenting the company’s use of dinosaur DNA.

While there will be a lot of frights and dinosaurs that eat humans, there will be less deaths in this part than in the previous ones. A few embraces and hugs are exchanged between couples, and some swear words are uttered throughout the movie.

There are more women and people of different ages in this cast than in any other in the series. This film, like the others in the Jurassic series, explores themes such as science, nature, ethics, and the need of working together as a team over individual gain. It is an amazing film and you must watch it with your children. They will truly love the experience of watching such an amazing movie on 3D screens.

Moneybagg Yo Net Worth 2022 – Income, Salary, Car, Career , Biography
The Last of Us Part 1: Here’s What You Can Expect From The Game
Comment