Emily in Paris is going to return with its Season 2 on Netflix. We received a confirmation stating another batch of episodes for this Netflix series will release soon. The filming is all set to begin in late April 2021 and production will run through summer 2021. Here is everything we know about ‘Emily in Paris’.

What is the renewal status of ‘Emily in Paris’?

What is the production status of ‘Emily in Paris’?

As per the updates, the production of Season 2 of ‘Emily in Paris’ was likely to begin at the end of April 2021. The filming is going to run from April 25th, 2021 to July 19th, 2021. However, in an interview with AP, Darren Star said the production would actually be in May 2021 but still it is going to wrap up in late July in Paris. After the production, it will take several months for the series to come on Netflix.

What can people expect from ‘Emily in Paris’ Season 2?

Through an interview, Darren Star saves an insight about Season 2 of ‘Emily in Paris’. In Season 2, Emily is going to be part of the fabric world she is living in. She is going to be more of a resident of the city and she will have her feet more on the ground. She is making a good life there.

Emily and Gabriel finally gave attention to each other, so we can expect to see their relationship in Season 2. With Camille, Gabriel’s ex, we can expect some awkward moments as well. 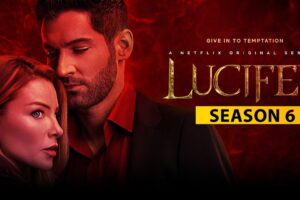 Season 5 of ‘The Last Kingdom’ to be renewed: Here is what we know
The Anime Series ‘Resident Evil: Infinite Darkness’ is Out for Release – Netflix
Comment