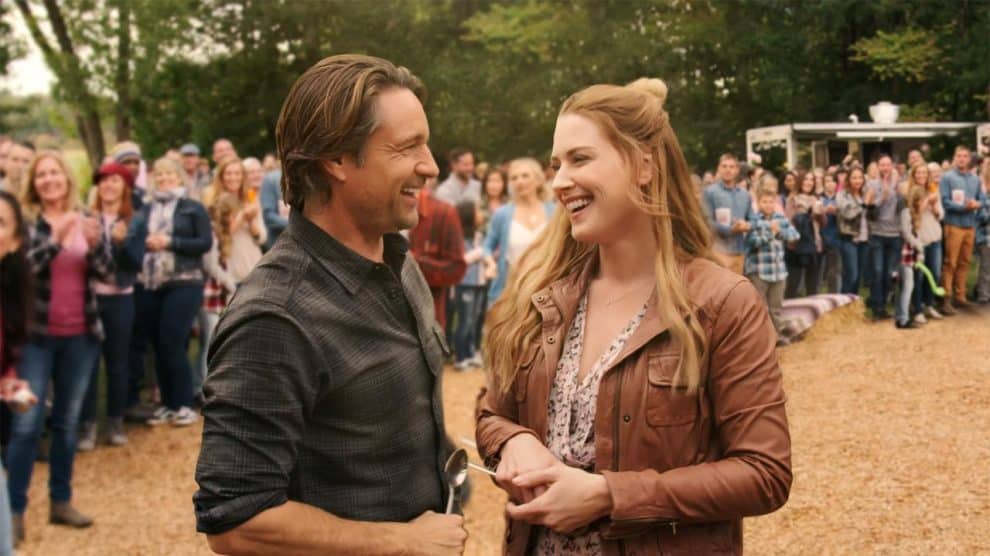 Virgin River Season 5: In terms of news, Virgin River fans have been in the dark for the past few months; with the exclusive update being that production on the following fifth season has been postponed. Finally, things appear to be going forward; with the fifth season of Virgin River Netflix set to begin production in July 2022. Here are some of the first details.

To keep you in the know-how, here’s a quick rundown if you’re unfamiliar with Virgin River; or are unsure why season 5 is under discussion while season 4 did not come out yet; here’s a basic summary.

Virgin River is a feel-good series based on the Robyn Carr novels that premiered in 2019. Three seasons of the show, starring Martin Henderson and Alexandra Breckenridge, have been broadcast on Netflix. The third season, published on Netflix on July 8, 2021, was the most current. The program has consistently performed well on Netflix, resulting in early season renewals practically every season. We learned that the program would return for the fourth and fifth seasons in September. Filming for Season 4 was completed right before Christmas, and it is now complete. Season 4 does not have a release date; however, it will indeed release in 2022 with the same Virgin River cast members.

Then it’s on to season 5. Alexandra Breckenridge stated that filming would begin in March 2022 but that they pushed it back. Filming will begin on July 1, 2022, and last through November 30, 2022, according to new production plans seen by What’s on Netflix. It equates to around five months of overall filming time. Of course, we should point out that filming schedules are always prone to revision; as things like script modifications, the cast of Virgin River, and other considerations all play a role in starting the production.

We don’t know much about Virgin River Season 5 yet because we haven’t seen season 4. But, we understand that Sue Tenney will return as showrunner. If you’re curious where they will shoot Season 5 of Virgin River, we’ll most likely be returning to some of the same locales we’ve seen in prior seasons. The program’s shooting is nearly entirely in Vancouver, British Columbia, Canada. Are you looking forward to Virgin River’s fifth season? Hopefully, the fourth season will be as thrilling as the previous three, if not more so, and the fifth season will be even better!

OnePlus 10 Pro: The Tolerable Smartphone
The Forgotten Heroes Of IPL: The Cricketers Who Went Into Oblivion
Comment