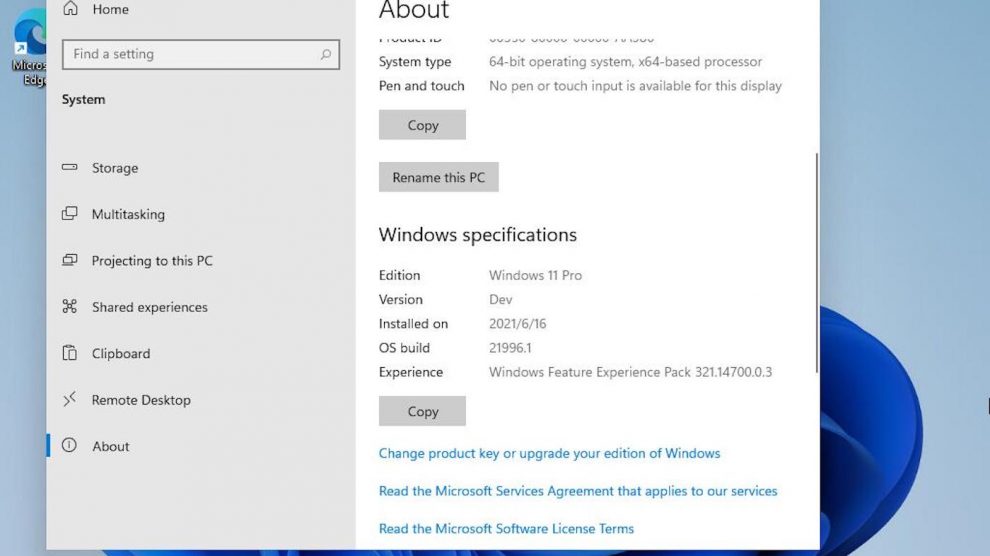 Windows 11 is the real gadget and the information about it is leaking all over the internet. Firstly, a Baidu user, posted two screenshots of the Operating Systems this morning that revealed a centralized Start menu with rounded corners. This is a glimpse that gives us a serious Windows 10X vibe and makes us think that Windows 11 is more like Windows 10X. Along with this Windows 10X is also having an OS featuring a Start menu with centered icons. But after some of those images appeared, reporters were able to snag the early Windows 11 ISO and install it themselves. Therefore, this made people confirm that this is Windows 11 only.

In the Microsoft huge launch event on June 24th, talked about this new OS. Tom Warren at The Verge has been constantly digging through the leaked OS and unearthing some of the gems along the way. Windows 11 does not seem different from Windows 10X, both of them are very much similar in design. But there are some noticeable UI tweaks throughout. In addition to this, there are some new snap controls that will let you shove off the window to a specific spot on the screen. This looks more convenient than just dragging an app around and hoping Windows. Additionally, the Xbox app is integrated directly into Windows 11, making it easy for you to find Game pass titles more easily.

Now, we are actually seeing Windows 11, it makes sense why the company gave up on Windows 10X entirely. This Operating system was mostly for dual-screen devices like the Surface Neo, but last year Microsoft claimed that it is going to pivot to single-screen laptops. But Microsoft has not the best track record with Windows 10 variants. It’s been six years of us with Windows 10 and now it is perfectly making sense to entirely jump on the new OS.

How To Make a Strong Comeback After Your Website Suffers A Drop In Google Ranking?
How Has HR Software Allowed Businesses and their Recruitment Processes to Evolve?
Comment