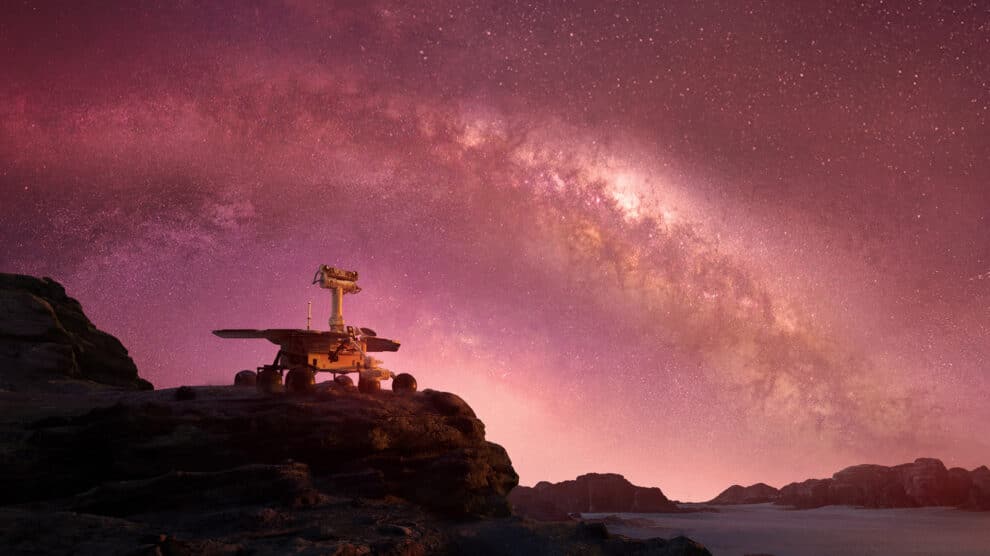 The relation between the “Opportunity” Mars Exploration Rover and the people who made it is the topic of the forthcoming feature documentary, Good Night Oppy. The Amazon studio, Amblin Television, Film 45, and Tripod Media productions are directed by Ryan Whiten the director of the 2020 documentary Assassins, and supported by NASA Jet Propulsion Lab (JPL), Industrial Light & Magic (ILM).

To the robot who turned 90 days into 15 years of exploration:

You were, and are, the Opportunity of a lifetime.

Jennifer Salke, Amazon Studios Manager said, “We are so thrilled to be working with these extraordinary partners to bring Oppy’s story to our global customers.” Jennifer Salke also stated “The innovation and determination that made Oppy’s journey possible, and the spirit of discovery that drives the team at JPL, are an inspiration. As we celebrate their achievements, we are delighted to also be working with the extremely talented filmmaker Ryan White, and our friends at Amblin Television and Film 45 to bring this heartwarming story to life.”

Amblin’s partners Darryl Frank and Justin Falvey, Brandon Carroll and Matt Goldberg’s Film 45, Jessica Hargrave and Ryan White’s Tripod Media are producing. Executive producers are Max Wagner and Stephen Neely. “I grew up on films like E.T. and Wall-E, so to make a documentary with similar themes of wonder and awe has been a joy,” said director White. “We’re thrilled to work with Amazon to bring the story of Oppy and her humans to global audiences of all ages.”

“It was impossible not to fall in love with the story of Oppy – one of hope, ambition, adventure and exceeded expectations, and an exploration of the special relationship between mankind and technology, which ticked all the boxes for our Amblin brand,” said Darryl Frank and Justin Falvey, Co-Presidents Amblin Television. “We couldn’t be more excited to partner with our friends at Amazon Studios, Film 45, and Tripod Media to bring Oppy’s miraculous story to life.”

In 2004 NASA landed on the Red Planet as part of their Mars Exploration Rover mission, one of the two rovers was the opportunity. It was expected to be a 90-day mission to explore the Martian region, with Oppy returning data and photographs in 2019, as his developers knew it affectionately. The event turned into a 15-year adventure. NASA recently honored Opportunity and successfully landed every other rover on Mars, with a decal atop Perseverance.

White House Warns After Microsoft Accuses China Of Hacking Its Mail Server Program
SAY A BIG “HELLO” TO THE INTERNET OF BEHAVIORS (IOB): WHAT IS IT?
Comment