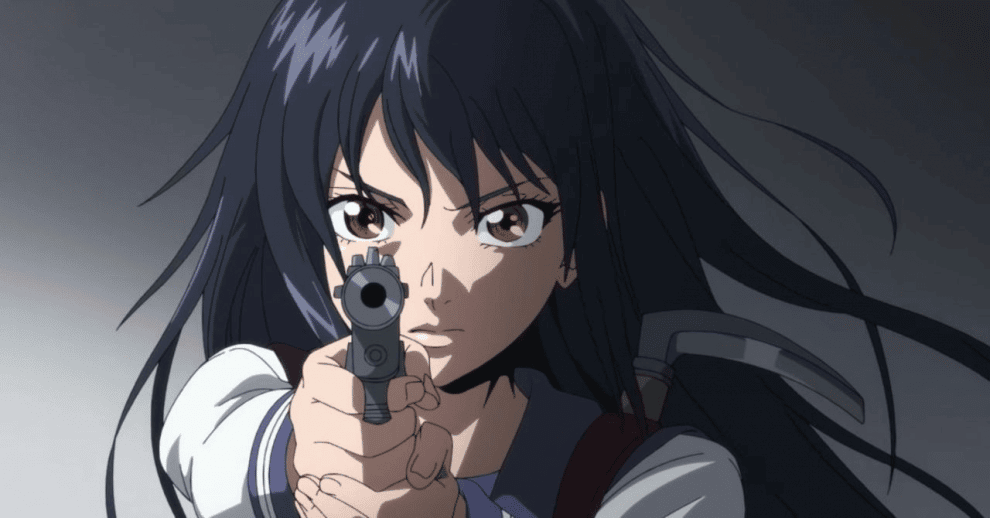 High Rise Invasion Season 2 is the upcoming Japanese anime of Netflix original based on the horror-mystery genre. Created based on a manga with a similar name written by author Tsuina Miura, the first season of this series was the first Japanese original anime series that came on Netflix. This series was produced by Zero-G, the same studio that’s responsible for the other anime series such as Grand Blue, Dive!! or My roommate is a cat.

The storyline of High Rise Invasion season 1 begins with some supremely close calls upon entering into the high-rise realms. The main character Yuri becomes able to build an ally with Mayuko. This Mayuko is a high-schooler who has knife-wielding skills.

Yuri’s only goal was reuniting with her brother named Rika through the entire first season by avoiding the mind-controlled murderous mask-wearers. By defeating these numerous mask wearers and making friends with others trapped in the same high-rise realm, Yuri gradually discovers a new world that’s feeling the absence of god, and the closer she is to become that god, the higher influence and power she would be able to wield.

Moreover, Rika was also searching for his sibling. But, because of some revelations and confrontations, Rika becomes a prisoner of the most influential adversary of the high rise realm, named Mamoru Aikawa. By utilizing the capability of controlling masks, Aikawa performed the manipulation of the Great Angel mask to attack Yuri and her friends, which resulted in the death of the Swimmer mask and Kuzuma Aohara.

The name of the candidate who was closest to be suitable to the god was Kuon Shinzaki. She had the extraordinary power of controlling the giant rain run that was located within that city. Also, she became able to ally herself with the Sniper Mask, and eventually, these two became closer, and Kuon Shinzaki fell in love with the skilled marksman.

However, the Sniper Mask rediscover his identity in this series. With the help of Kuon Shinzaki, he found that his real name is Yu Makoto. Also, he becomes aware that he shares a close connection with Rika, and he hopes that the further encounter would reveal more details about him.

What would be the expected storyline of High Rise Invasion Season 2?

As an Aikawa’s prisoner, Rika would be seen in a perilous position. Robust mask users would guard rika. Therefore, Yuri and her friend would require massive effort for defeating the extremely strong God candidates. Therefore, during the process of Yuri becoming the Aikawa, she and Rika can eventually reunite in the high-rise realm.

Also, Kuon and Sniper mask have grown absolutely closer during the first season. Along with the Sniper mask showing concern and care for Kuon, and Kuon is in love with him. Therefore, the second season would reveal whether or not Kuon can express his love for Sniper Mask or if tragedy would rip away their budding romance.

Moreover, in the first season, Aikawa was seen to be the most prominent threat who was wielding the capability to control at least 30 mask users. Therefore, it’s more than natural that once Aikawa would be defeated. The viewers would see more strong God candidates with enough capabilities to rival the great Angel Mask.

In season one, both Kuon and Yuri have proved themselves as extremely powerful god candidates. In season 2, Yuri may have the ability to control the Great Angel Mask.

The Release Date of Season 2 of High Rise Invasion

Depending on the amount of time usually required to produce the second season of an anime series, incorporating dozens of different subs and dubs for Netflix. The viewers would have to wait until at least late 2020 for the release of the next 12 episodes.

1. Will there be a High-Rise Invasion Season 2?

The 2nd season of the Japanese Anime Series is approaching in late 2022 or 2023. If the show would follow the same trend of season 1, then the upcoming season would also include 12 episodes. However, as the anime has been released in 2021, it’s too soon to ask for the next season.

Currently, there’s only one season of this Japanese anime series on Netflix. But, Netflix has not yet renewed this series for the next season. However, various source says that the anime would last for several future seasons.

3. Should I watch High-Rise Invasion?

High Rise Invasion is basically a no-frills thrilling ride via a depraved, manic world. It utilizes realistic characters and rules to enforce the feeling that a similar situation may happen to you. Hence, it can be pragmatic and terrifying as well. If you love enthralling action sequences and deep philosophies, you can surely stream it.

At the end of season 1 of the High Rise Invasion series, Yuri, Mamoru Aikawa, and Kuon Shizaki all end up as extremely strong god candidates after a brutal fight for future survival. In the second season, the viewers introduce to some more major god candidates.

5. What is a perfect god in High Rise Invasion?

The chief goal of this series is to build a perfect new GOD and that individual who is selected from a great number of extremely capable GOD candidates. These candidates have become closer to God, and the one who would defeat others would become the perfect god with extraordinary powers.

Iron Fist Season 3 Release Date, Plot, Cast- Everything We Know So Far
Is Sweet Tooth Renewed For A Season 2 On Netflix?
Comment