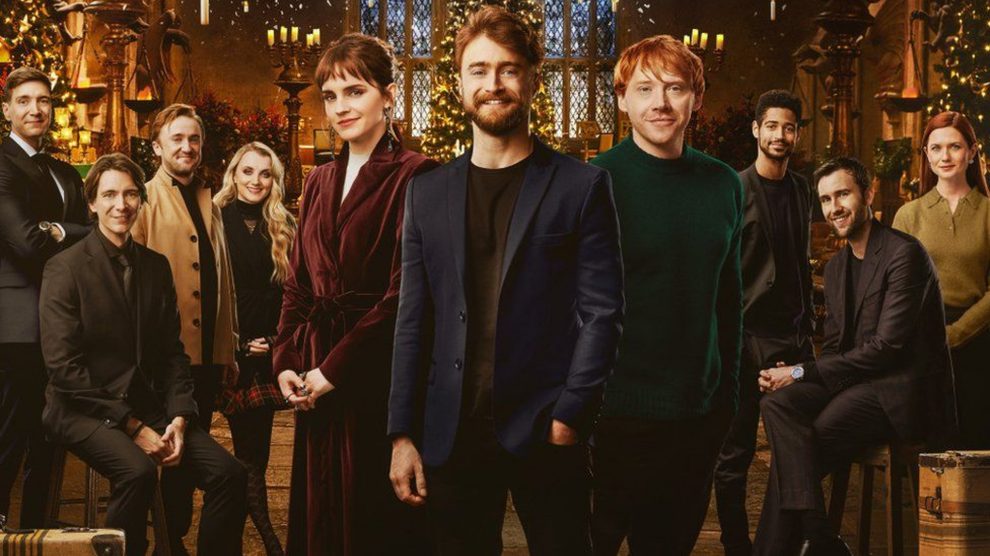 Calling all the wizards and witches to board the train to the mystical world of Harry Potter. Is it the new ticket to Hogwarts? Hurry up! Before the train leaves the station, 93/4. Unfortunately, there is a piece of bad news for Harry Potter fans. The Harry Potter movies are leaving most of the streaming platforms.

To begin with, the world is now familiar with the Harry Potter films. This movie is an adaptation of J.K. Rowling’s book of the same name. All the movies were successful and gathered $7.7 billion at the box office.

The story is about a young orphaned boy. On his 11th birthday, he finds out that he is the son of a famous wizard and witch. He then joins the Hogwarts School of Witchcraft and Wizardry. Harry and his best friend Ron and Hermione successfully kill the Dark Lord and save the world. Daniel Radcliffe played the young wizard, Harry, while Rupert Grint and Emma Watson played Ron Weasley and Hermione Granger. Warner Brothers are the sole owners of the famous Harry Potter series.

A spin-off series by the name of the Fantastic Beasts is also available on Netflix.

Where can I watch Harry Potter on Netflix?

Most of the Harry Potter series is streaming in Poland, the Czech Republic, Hungary, Portugal, and Spain. Some parts of the series are also available in Argentina, Brazil, and Mexico. Netflix will be paying to stream the movies for a fixed time. In 2018 Netflix streamed all eight Harry Potter movies in France and Belgium. In 2019, fans from Australia and New Zealand got to watch all eight movies. But after a brief dry spell of the Harry Potter movies, Netflix renewed the films again in August 2021. But even this contract is about to expire in January 2022. Turkey and Germany also got their share of the magical world in December 2020 and January 2022.

Can we watch Harry Potter films in the UK and the US?

In the United States, Warner Brothers do not have direct control over the franchise. NBCUniversal bought the rights to both Harry Potter and Fantastic Beasts in 2016. However, WB managed to get some control over the movie franchise for the first month on its new streaming platform (HBO Max) before it went back to Universal. The movie stayed on Peacock until Halloween 2020. The entire movie collection is streaming on both HBO Max and Peacock. We suspect that after the deal with Universal is over, WB will keep the movie for its streaming platform, HBO Max.

If this happens, Netflix will not be able to license the movie. However, the movie will still be available on DVD and Blu-ray. Is this the true ticket to Hogwarts?

Unlike in the US, Netflix UK never streamed any Harry Potter movies. All eight parts are now available on Now TV as per the recent updates. We predict that Netflix will stop streaming Harry Potter films in a few years. This is because HBO’s streaming platform, HBO Max, will take back its rights and stop licensing them to other platforms such as Netflix and Amazon Prime. Go watch Harry Potter and avail yourself of your ticket to Hogwarts!