Over the past few months, there has been extensive media coverage regarding the complications in the lead-up to the holiday buying season. It is not owing to a lack of consumer buying strength and demand. It is also not because US importers aren’t meeting CBP requirements, such as filing their ISF (10+1) form and CBP form 7501. So, where is the broken supply chain link? Importers face higher shipping costs and delays, which means they can offer customers fewer discounts. Also, there is a lack of inventory to display as clogged ports struggle to keep up with imports. But no need to speculate as the US Bureau of Labor Statistics (BLS) has just released its US import price index report.

The statistics speak out

Import prices accelerated 1.2% in October after gaining 0.4% in September. In the 12 months through October, prices hiked 10.7% after 9.3% in September. The October figure is the most significant 12-month percent increase since June 2020 – June 2021. Also, according to BLS, the bulk of this price is due to increasingly expensive imported fuel, which jumped by 86.7 percent.

In other words, October prices impact more than just products on the shelves. Still, the cost of just bringing them in as fuel costs continued to climb amid record inflation levels, and increased costs get passed on to American buyers.

Costs for natural gas aren’t doing any better. The report attributes the 12-month October hike to “both an 86.1 percent advance in petroleum prices and a 134.0 percent increase in natural gas prices.”

Excluding fuel, import costs increased 0.4 percent. Major items that cost more to import are industrial supplies and materials; automotive vehicles; consumer goods; and foods and beverages. Leading the growth of the last category was a 5.6 percent meat price hike and 1.1 percent for shellfish and fish, more than offsetting lower fruit prices. From October 2020 to October 2021, the import costs for nonfuel items were up 5.5 percent.

What does this mean for average US consumers? Those who have been saving their hard-earned cash and banking on season sales to spend it might be disappointed to know that import prices have jumped for some of their favorite items. These range from houses and cars to bacon and bourbon – even if bourbon was affordable, glass shortages make bottling impossible.

For example, the price index for cars increased 0.7 percent, the most considerable monthly advance since a 0.7 percent rise in April 2012. Moreover, just two months before the holiday season, prices on favored gifts were already higher – such as kitchen and household appliances, furniture, toiletries, and cosmetics!

A surprising shift in the supply chain regards air freight stats. The BLS says that imports into the US are becoming more expensive from Asia than Europe. The costs for shipping from Asia increased 35.2 percent, while they only increased 6.7 percent from Europe between October 2020 and October 2021!

Overall, import expenses have pushed up product prices, chipping away at consumer savings discouraging them from spending their hard-earned greenbacks. All these factors decrease the average holiday spent by each adult, and inflation is climbing. The highest record inflation levels since 1990 show no signs of slowing down! 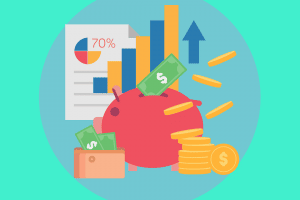 Your Business Needs the Best Hires: Tips to Help You Find Them
Packed And Jarred Boxes: Advantages And Disadvantages
Comment