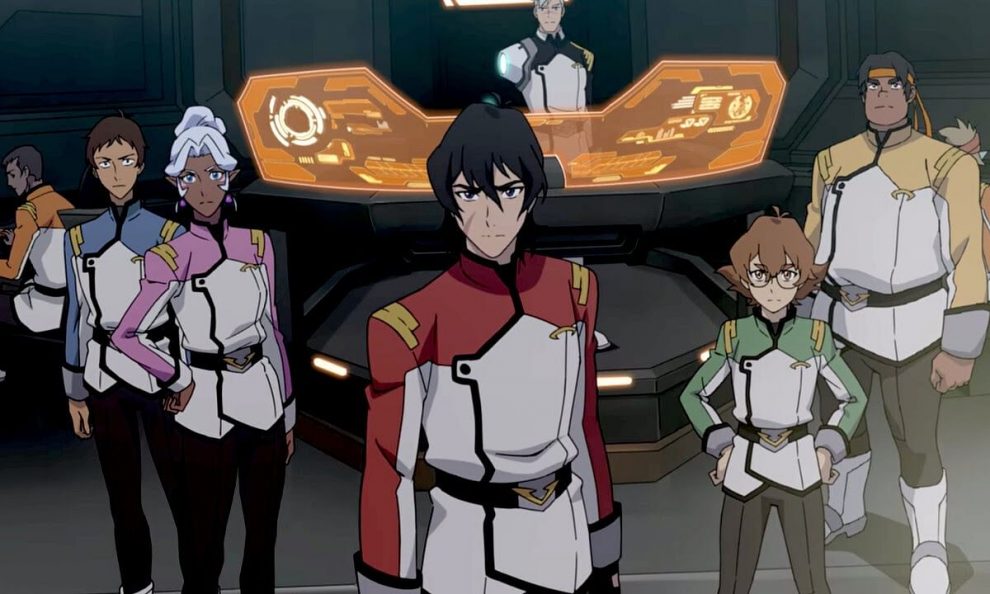 The end of a popular TV show can be difficult to accept, however, a surprise renewal of a brand new season may occur by a different distributor. But, contrary to this common trend, different opinions, and internet rumors. The reality is that Voltron Season 9 would no longer be returning with a 9th season on the Netflix platform. In this article, you would find why “Voltron: Legendary Defender” won’t stream its 9th season on Netflix.

The “Voltron: Legendary Defender” is a web television series of Netflix Original where some unsuspecting teenagers become part of an intergalactic sprawling war. After getting transported from the Earth, they become the pilots of robotic lions in the course of the battle for protecting the entire universe from the evils. Via the true strength of teamwork, they become able to unite and undergo the formation of the mighty warrior named “Voltron”. The first season of this series was released on the 10th of June, 2016. And, the 8th aka final season came on the 14th of December, 2018.

The reason why the 9th season of “Voltron: Legendary Defender” will not release?

Between the first season of “Voltron: Legendary Defender” and the last season, there are a total of 78 episodes that were released on Netflix. Therefore, the final 13 episodes have concluded the storyline of this popular series. However, Voltron, produced by DreamWorks and inspired by the famous Japanese mecha franchise, is one of the most successful web television animated series of Netflix.

Following are the causes why Netflix is not ready to bring back the 9th season of this animated series:

The viewers not only heavily criticized the relationship of Shiro and Adam, but also further controversy came up when in the series Adam was killed off. Some viewers thought that it was a typical stereotype storyline on Netflix. Ultimately a gay person like Adam gets buried. The online reaction was very strong and even the executive producer of this web television series, Joaquim Dos Santos, even apologized for such a presentation to the fans.

Along with the stereotyped portrayal-related controversy, there was another complex review about how the show attempted shoehorning in a wedding scene between Curtis and Shiro. Many viewers accused the show of pulling off simply a publicity stunt by including this approach. Later both the showrunners Joaquim Dos Santos and Lauren Montgomery admitted that the wedding sequence was included as an “olive branch” at the last minute for the LGBTQ+ community.

Also, the show is radioactive even now for its controversy regarding the portrayal of the LGBTQ+ community. Therefore, if the show returns with a 9th season with the same portrayal of the community, then DreamWorks, South Korean Studio Mir, Events Production, and Netflix would be literally facing a PR disaster.

Many fans are dissatisfied with the 8th season of the show because they think that the storyline is disturbed for quite a long time. Also, they feel that there’s a constant lack of emotional flow, character development, and empathy in the story. Many fans also feel that the story began to devolve with its 4th season. However, it picked up slightly in the 6th season. But the 8th season was again a disaster because not a single character had any satisfying ending.

Voltron Season 9’s release in December 2021 is a rumor

Various news sites are reporting on fake release dates of this popular Netflix series. These are 100% rumors and Voltron season 9 isn’t due to return in December 2021.

1. Is Voltron really getting a season 9?

2. Is there a Voltron movie?

The news of a Voltron Live-action film is churning in the Hollywood industry for almost a decade. Universal owns the film rights and is currently undergoing some exploratory development. But, there’s no confirmation about whether or not they have finally committed to making this movie.

Since the show runners of “Voltron: Legendary Defender” – Montgomery and Dos Santos are known to move to some new projects. Therefore, it’s unlikely that the Voltron season 9 would be released any time soon. And, even if it gets released in the future, then the creative team would be different.

4. How many seasons of Voltron are there going to be?

”Voltron: Legendary Defender” consists of 8 seasons. With 13 episodes in the final season, there are a total of 78 episodes in this series. And, Netflix is unlikely to release any more seasons of this web television series in any time soon.

Ozark Season 4 Will Be Out On Netflix Soon: Here Is All To Know
Jon Hurwitz Answers The Questions Related To Season 4 Of Cobra Kai
Comment