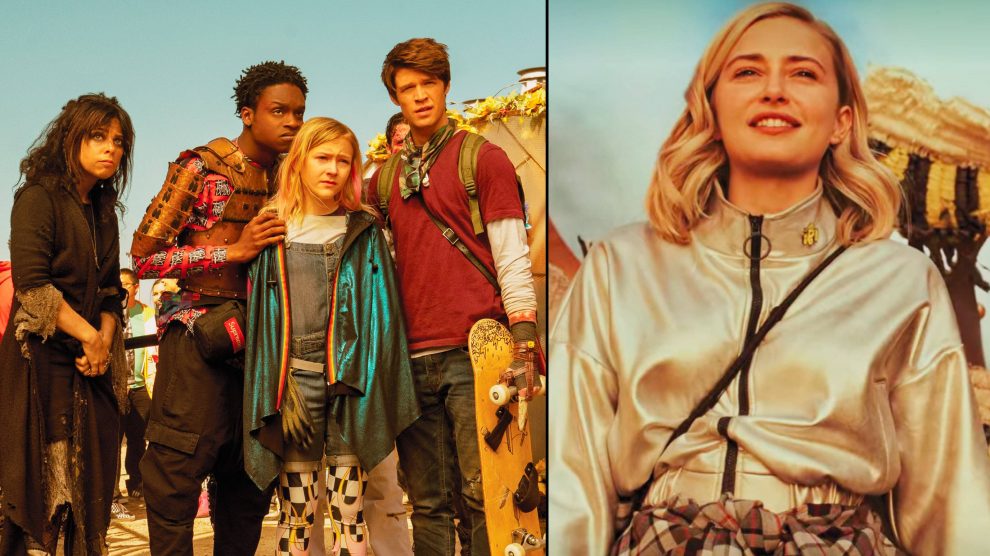 Daybreak was based on a post-apocalyptic world and portrayed through a high school drama. When season one of the show was aired on Netflix, it instantly became a hit. The series met with immediate critical praise, and fans awaited the news of Daybreak Season 2 with bated breath. Regrettably, that wonderful news never arrived.

Aron Eli Coleite and Brad Peyton created the television series. The first season was premiered on Netflix on 24th October. Season one followed the life of a 17-year old teenager who was in high school. During the apocalypse, he loses his girlfriend and sets out to search for her in the post-apocalyptic world.

Season one of Daybreak has 10 episodes and is set in a post-apocalyptic world that combines several concepts spanning diverse genres of literature. It has thugs, Amazonian warriors, and clans a little like Mad Max and traditional teen fare like Mean Girls. And in this world, all these warriors have turned into zombie-like creatures, which are called Ghoulies.

The main protagonist Josh walks us through the world while sometimes breaking the camera barrier talks directly to the audience. The world is a result of biological war. Additionally, a mysterious survivor Baron Triumph of the whole apocalypse, kidnaps kids.

The set location of the series was in Albuquerque in New Mexico. When season one was released, it landed on the positive side of the reviews. It was regarded as a perfect blend of horror elements and teen drama. It recorded a 70% approval rate on Rotten Tomatoes and an average rating of 6.89 out of 10.

At the end of season one, we see that the antagonist is defeated, and Josh gets to meet his lost girlfriend, Sam. But the season ends on a cliffhanger and takes a drastic turn.

What Could have Happened in Season 2?

(MAJOR SPOILERS AHEAD) The last episode of season 1 left the audience in shock. And since then, viewers are eagerly waiting for the next season to arrive soon. According to the previous season, the next season of Daybreak could have explored the changing dynamics of the social world. And, since Sam is the new queen, there was a sinister smell in the air.

The story could work upon character Josh’s character development. In the first season, he was assumed to be very naïve in the first season, which could get him killed in the post-apocalyptic world. Therefore, if season two would have been on the slate, it would show the struggle of the character. He would have to learn better survival skills.

Was Daybreak Renewed for Season 2 by Netflix?

Netflix generally renews the series for the next season in two to three months while the series is being premiered. During these two to three months, Netflix assesses the viewership of the show and plans its renewal. However, during the run of season one of Daybreak, no such statement was released.

By the end of December 2019, Netflix announced that Daybreak would not be returning for another season. The co-creator of the series Aron Coleite took to Twitter and expressed her notion regarding the cancellation of the second season. He went to apologize to the fans of Daybreak, that he could inform them earlier. Additionally, he added that he was grateful that they were able to bring the first season in front of the viewers.

It is perfectly safe to say that after such confirmation, it is evident that Daybreak would not be returning for a second season. But there are endless possibilities, so never say never.

Given that she inherits the throne at the end of season one. And the air becomes sinister. There is a possibility that she could be the villain if season two ever comes out.

Turbo suffered a major injury, due to which he was unable to speak.

3. Daybreak based on a novel?

Daybreak is based on a graphic novel by the same name, which was released in 2011.

ZTE Axon 30 Review: An Invisible Camera Is Surely Going To Cost More
Great News For The Iphone Users As The Brand Rolls Out The Apple iOS 15
Comment