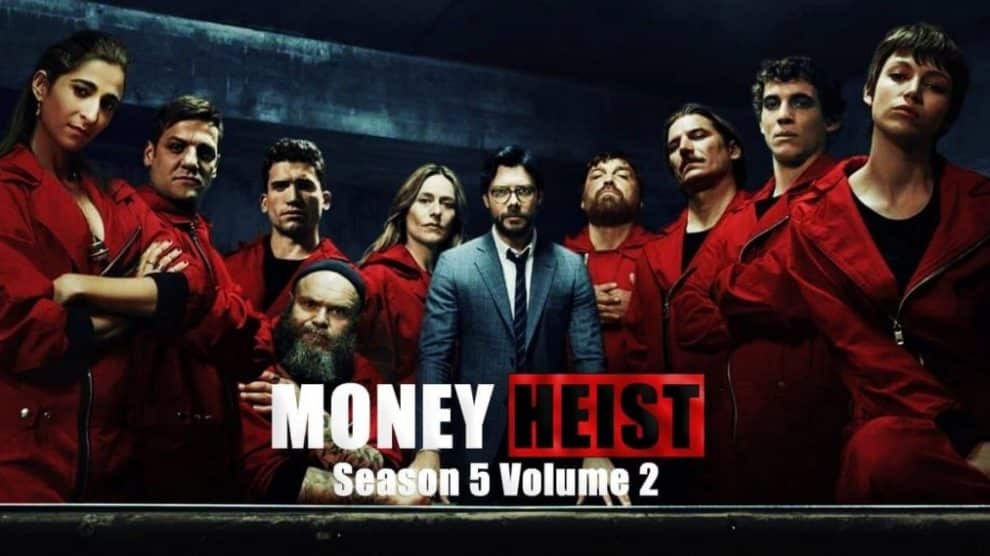 Money Heist on Netflix is ready to roll out its final Season in December 2021. It is releasing Volume 2 of Part 5, or you can also say it is the last season of this thrilling series.

The Spanish shows have been a fantastic experience and polarizing performance for the last five years. That exceeded the language barrier, and it thrilled millions of no people – Spanish people from the world. Its part 4 became the most-viewed show. Over 65 million people watched this within a month after its release.

When Money Heist Season 5 Volume 2 is Releasing on Netflix?

The final part is releasing on Netflix globally on 3rd December 2021.

What Audience Can Expect From Money Heist Season 5, Part 2?

There is a lot of thrill that the audience will watch in the final part of Money Heist.

Will Alicia Handover Professor to The Police?

Unlike all other heist crew, Alicia is one of the wanted women in Spain, Europe, and the whole world. After helping the professor and knocking out Marseille and Benjamin, Alicia gave birth. In the last episode, we saw that Alicia took from a bathroom pair of players and hid them inside her sleeves. It means she is not entirely at the professor’s side, and she can be the reason for the heist’s downfall.

Will Heist Die or Successful in Escaping?

The death of Nairobi is shocking for the cast, and Tokyo’s death has made a massive impact on their psyche. There are no hostages inside, but Tamayo can’ send the full force inside because the Gold held by hostages and Professor has a substantial recording of the Colonel.

We can expect that two or more heists will die, but there are more survivors, and it does not mean gold is stolen. While the other crew was trying to retrieve Rio from police hands, we expected that he would escape.

The Money Heist is full of surprise for the audience, but no one can survive with four grenades on their chest. Tokyo sacrifice will be given crew more time, and she killed the majority of Special Force people.

How Many Episode Has in Part 5, Volume 2?

The final part is released in December, and all episodes are expected to be 50 minutes mark.