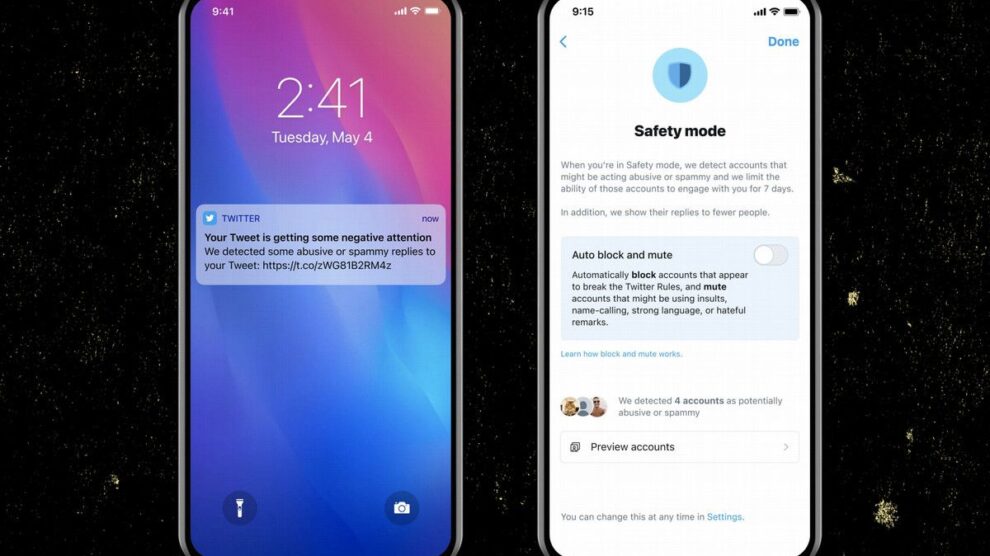 Twitter already allows users to block an account, but this needs to be done manually. The “Safety Mode” will be added soon. With the aid of “Safety Mode”, Twitter can immediately mute or delete users who do not comply with the rules or speak inappropriately (nicknames, slurs, or other derogatory terms) to make conversations healthier. The block is going to be 7 days long. It will also offer fewer people the answers to certain accounts. Twitter sends warnings as the tool does its job on the user’s phone to notify them. Twitter has not confirmed any specific timeline when it expects to launch “Safety Mode”.

Twitter provides a range of other features aimed to address and mitigate social media abuse and misuse. It now allows its users to remove comments from other users. Users will also control who can respond to their tweets.

For a long time, Twitter has had issues with inadequate content. They failed to adopt good policies and regulations leading to certain people being harassed. Things came to a head when Jack Dorsey, Twitter CEO, took part in a hearing in 2018 in the US Congress to ask why it took longer than five hours for the company to delete derogatory tweets for journalist and columnist Meghan McCain. Dorsey promised the company’s approach to dealing with the problem more proactively. Since then, Twitter has implemented sophisticated and moderated algorithms that detected over 50 percent of offensive tweets prior to user identification. “Security mode” is another move to improve the Twitter user experience.

5 Reasons Why You Should Go for a Vivo Mobile Phone?
How to Make a Birthday Video with This Online Video Maker?
Comment